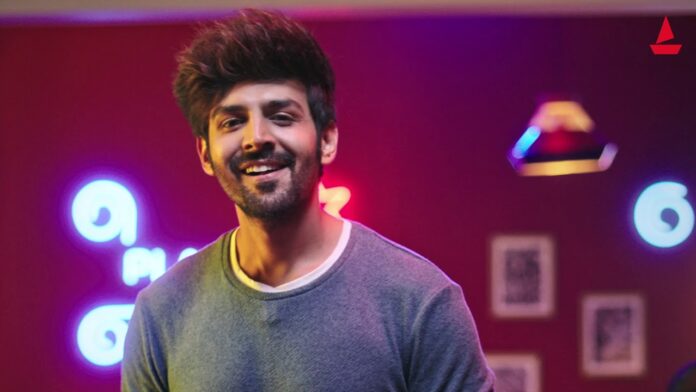 The audio brand boAt has launched a new campaign called #FloatsYourboAt, which stars Kartik Aaryan as its brand ambassador. Leo Burnett India and the boAt marketing team designed and created the campaign.

The three new #FloatsYourboAt advertising films add to this story by presenting new emergent subcultures and their communities, bringing the brand’s objective to life. The goal is to show societal gratitude to these groups for putting in the time and rigour required to transform once-outside-the-box vocations into mainstream ones. Kartik Aaryan, a youth icon, and Bollywood star, is bringing this conversation to life onscreen.

The campaign‘s first film is an homage to content producers, whose tireless labour and unwavering perseverance have collectively turned content creation into a multibillion-dollar industry.

Kartik Aaryan supports content creators in the film by connecting his effort on the big screen to the effort that content producers put into creating, writing, and directing their own content. Because most content makers use the ring light when creating their material, ring lights have been employed as a unique image for the campaign.

On Creator Day (30 September), the campaign goes live on digital platforms, with many planned engagements with content producers and influencers to further amplify the film.

In relation to the campaign, “Our new ad is sleek, modern, and embodies our businesses aim to give a platform to today’s youth,” said Aman Gupta, co-founder, and CMO of boAt. With our boAthead Kartik Aaryan, we are thrilled to launch this campaign on Creators Day, the ideal opportunity to commemorate the voice of today’s youth — content creators.”

“As an artist, I understand the subtleties of digging into something one is really passionate about, and my partnership with boAt has always been about bringing that enthusiasm to life,” Kartik Aaryan said to commemorate the campaign’s premiere.

This campaign is an expression for the aspiring artists and makers out there forging their own road, for those who are not following in the footsteps of others but instead forging their own path. I’m honoured to be a part of a story that honours the hard work and dedication that goes into generating material, as well as the bravery with which artists put themselves out there.”

“An entire generation of creators is coming up,” said Vikram Pandey (Spiky), National Creative Director, Leo Burnett. One of the factors holding them back is a lack of appreciation for their efforts. Their work is frequently referred to as a “time pass,” despite the fact that the rigour with which they create is comparable to that of a movie scene.

As a result, we enlisted the help of the actor and young idol Kartik Aaryan to validate the designers’ efforts. boAt has always been an ally of the creators, with its fashionable and technologically advanced solutions; now, with this campaign, boAt becomes their voice as well.”