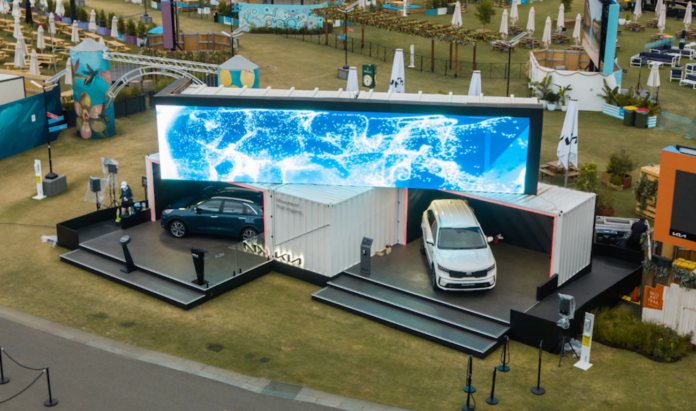 The Australian Open 2022 (AO22) – the premier tennis Grand Slam event in the Asia-Pacific region – will be supported by Kia Corporation through a series of marketing activities that emphasise the company’s vision for and commitment to sustainable mobility.

During the Open, which runs from January 17 to 30, the vehicles will transport players, match officials, and VIPs around Melbourne Park in comfort and safety. “We look forward to strengthening our relationship with millions of fans across the world, while confirming the Australian Open’s standing as one of the world’s most exciting sporting events,” said Artur Martins, Kia’s Global Brand and Customer Experience Director.

“Through our ‘Aces for Oceans’ programme, we are thrilled to collaborate with Tennis Australia and fans to help protect oceanic environments throughout the world, in keeping with our commitment to supporting nature-inspired innovation,” said the company.

Kia will help people aspiring to achieve their tennis aspirations by gifting tennis equipment produced from recycled waste materials to the Australian Tennis Foundation with each ace served during the AO and fans’ online engagement,” he added. The opening of Kia Arena, a 5,000-seat facility that will host tournament events, is a significant step for AO22. Kia Arena, Melbourne Park’s fourth-largest Australian Open stadium, was built in preparation for the 2022 event.

Outside of the tournament schedule, it will be used as a venue for a variety of cultural, sports, and entertainment events. Craig Tiley, the Australian Open’s tournament director, commended Kia’s two-decade connection with the AO.

“We admire and respect this one-of-a-kind connection that has helped us grow the AO into the preeminent global sports and entertainment event it is today,” Tiley said of the Kia-Australian Open partnership. “The AO Kia fleet, which includes the new all-electric vehicles for 2022, has become an iconic emblem of the AO with the neatly branded AO Kia cars zipping around the city and keeping the AO on the go.

” The fact that we’re standing next to Kia Arena, which serves as a year-round symbol of Kia and the AO at Melbourne Park’s relationship, is also a testament to our wonderful cooperation.” In addition to these events and advances, Kia will host an EV6 display booth as well as a variety of marketing initiatives that include compelling digital material.