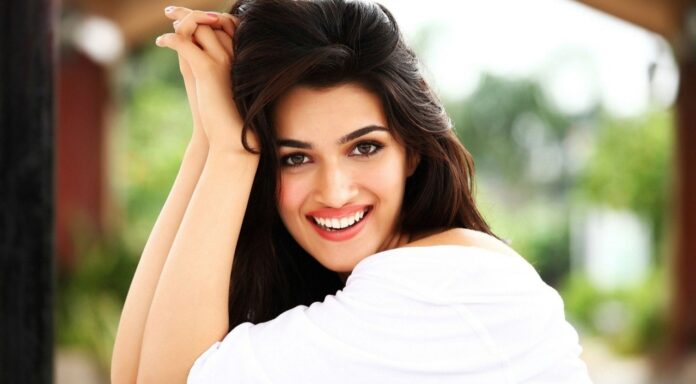 A remarkable Bollywood actress Kriti Sanon is in touch with two different brands which will imply that she must have signed 17 acceptance deals in 2021 alone.

Running high on the achievement of her recently released movie ‘Mimi’, Kriti Sanon is glowing to the hill. According to the reports, the 31-year-old actress, Kriti Sanon has signed endorsement deals with many brands, such as FOSSIL, Whirlpool, and Boult audio.

The marvelous actress has been endorsing a clothing brand for quite some time now that is recognized for its western dresses. Not a very long time ago, a new campaign of the brand was released and Kriti Sanon looked super vogue in it.

As she filmed for a new campaign of the brand for this season, she looked incredibly fashionable and gorgeous at the very same time.

A source close to the actress told us that Kriti is quite a hit in the brand world with a list of outstanding brand corporations.

Her brand endorsements have always been different, be it a prominent jewelry brand, online shopping outlet, premium watch, and Fast-moving consumer goods among others that run on the feeling of her youth allure, hard work, and smooth progress, things that Kriti has always lived for.

Not just the directors and producers are waiting to sign her on the dotted line for their proposals, the versatile actress relishes enormous vogue amongst the youth and has a large number of followers on social media that make her a brand’s charm. She skillfully fits in for any brand looking for a nationwide as well as worldwide reach and that expands to her benefit.

Several movies are lined up ahead in the future such as ‘Adipurush’, ‘Bachchan Pandey, ‘Bhediya’, ‘Ganapath’, and ‘Hum Do Hamaare Do’ along with many other unannounced plans, Kriti is quickly becoming one of the most sought after performers in the Bollywood.

She feels that this is an amazing phase in her career so far. And it’s overwhelming to receive all the affection and adoration from the public, fraternity, and her enthusiasts. Every actor always waits for assurance like this.

Despite a release of mammoth behind her, Kriti Sanon is in no mood to take a break.