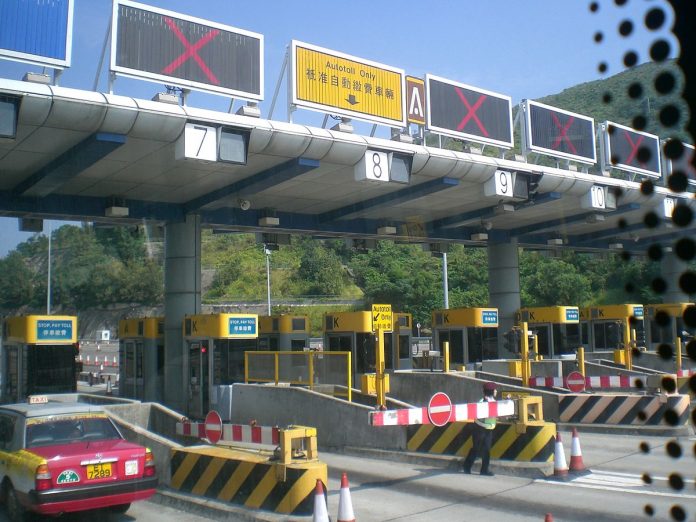 Toll roads are very common in the country. It is believed that toll roads have existed since ancient times. Most of us know that the Indian government charges a fee called toll tax or road tax for national or state highways to recoup the cost of construction of roads or for their maintenance. The toll tax is charged on the road based on the National Highways Act, 1956 (48 of 1956) and the National Highways Fee (Determination of Rates and Collection) Rules, 2008. The government of India enabled electronic toll collection called FASTag across national and state highways and made it mandatory for vehicles to use it since 15 February 2021. The union minister for road transport and highways, Nitin Gadkari said that toll collection revenue for the financial year ending 31st March 2021 is expected to reach Rs 34,000 crore.

In the year 2018, some videos went viral showcasing that there will be no toll if a vehicle is waiting behind a yellow line at a toll plaza. This resulted in several conflicts between drivers and toll operators. Presently, this rule has been imposed. The government has ordered the toll plazas to draw a yellow line 100 meters before the entrance. The Ministry of Road Transport and Highways states that four-wheeler vehicle users are not required to pay toll tax if they have been in the queue at the toll booth for more than 10 seconds. The toll operators have to allow the vehicles waiting behind the yellow line to pass without paying toll tax. This rule is to ensure that the service time per vehicle at the toll plaza should be within 10 seconds even during the rush hour.

The NHAI states that there is no wait time at toll booths since February 2021, there have been 100 percent FASTags installed across the toll levying places in the country. Since the FASTags have been grown considerably, to increase the toll collection new toll plazas can be constructed for the next 10 years as per the traffic projections.

The electronic toll collection system will ensure social distancing norms. The limitation of the law is that since FASTag has been enabled it will automatically deduct the amount from the driver when a car approaches the toll window, hence it will be beneficial only for the cash payment system. Otherwise, the toll operator should have a method to stop the auto deduction of the amount to ensure that the law has been followed. The rule has not yet stated that whether it is the responsibility of vehicle users to inform the operators of the existence of the rule or toll plaza owners have to tell their employees to inform the same.