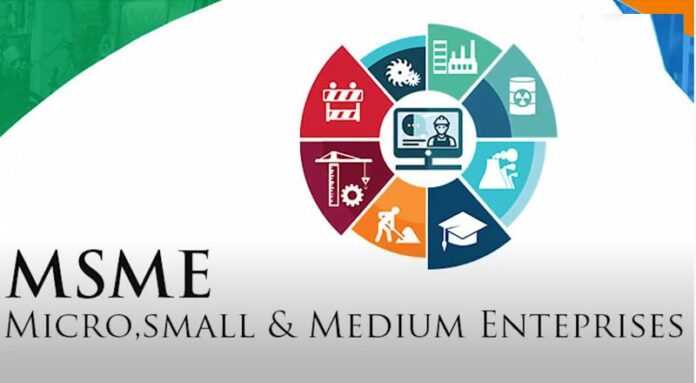 Micro, small and medium enterprises (MSMEs) are the enhanced accelerators of the Indian economy, contributing about 30% of the country’s gross domestic product (GDP).

In terms of exports, they are an integral part of the supply chain and come up with about 40% of the overall exports.

MSMEs also play an essential role in employment generation, as they employ about 110 million people across the country. Interestingly, MSMEs are entwined with the rural economy as well, as more than half of the MSMEs operate in rural India.

According to a previous report by Nitin Gadkari, As per the information received from the Central Statistics Office (CSO), Ministry of Statistics & Programme Implementation (MOSPI), the Share of MSME Gross Value Added in total GVA during 2016-17 was 31.8%.

As per the information received from the Directorate General of Commercial Intelligence and Statistics the Share of MSME related Products in total Export from India during 2018-19 is 48.10%.

As per the 73rd Round of National Sample Survey, conducted by the Ministry of Statistics & Programme Implementation during the period 2015-16, the estimated number of workers in unincorporated non-agriculture MSMEs in the country are 11.10 crore.

One report was published this year, again Nitin Gadkari was mentioned in such report he mentioned; The government aims to increase the MSME sector’s share in the GDP to 40 per cent for the benefit to the rural poor.

While such government policies encourage MSMEs to focus more on exports, the government must address the difficulties small enterprises face when it comes to internationalising.

Apart from that, the Companies that export are likely to be more profitable than those that just focus on the domestic market only. A focus on exports will also lead to the use of the production capacity to the maximum level, help the business defend the domestic market better, increase the product’s conflict in all markets, and increase the overall value of the business.

When it is clear that more MSMEs getting into exports will tremendously help the economy, it is only logical to find and reward the enterprises that are doing well on that front. When overlooking this project was also encouraged others.

Author - December 7, 2021
0
Karandeep Singh Kapany has been appointed as the company's first official agent in India by Duolingo, a language learning software company.