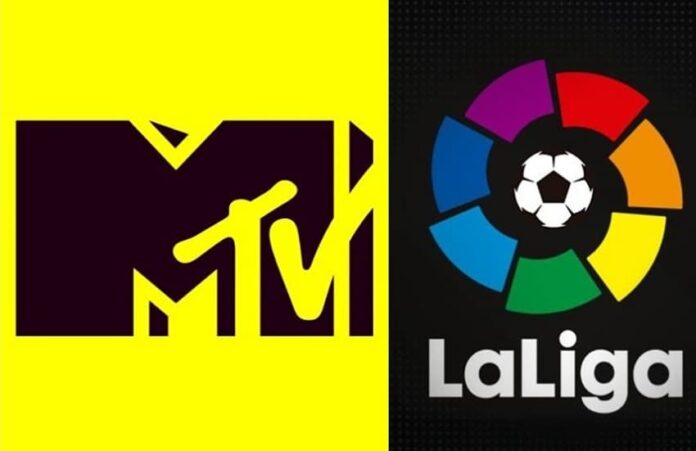 The 2021/22 LaLiga Santander season is well ongoing. As we know, it is the most competitive of Europe’s top five leagues which features the top class clubs with the most European trophies in history. Undoubtedly, the most technical football in the world with the game’s biggest stars back for the 91st campaign in the competition’s history.

This season is going to be special as the long-awaited fans of LaLiga can finally go to the stadiums across Spain and enjoy the games with their passionate and emotional voices and cheer for their favorites. With the Colombian Grammy-nominated singer-songwriter Camilo presenting the official football song for the season, the stage is all set for the harmony of the beautiful game to take place like never before.

MTV, which is a flagship youth brand channel of Viacom18, with the OTT platform Voot select is now going to broadcast the new season of the Spanish football league for the Indian fans. It was announced three months back about the partnership with India’s youngest and leading media house, Viacom18 to bring LaLiga to the fans in India with an exciting and fresh feel. MTV launched an eccentric campaign for LaLiga on Indian television that promised Zero Masala, Pure Football. The campaign is quite innovative and includes freakish clips and engagement with Football fan groups all over India, is making a huge impact on all social media platforms. The campaign has achieved a whopping 50M Impressions and 38M Reach with intense responses on social media. The current season of LaLiga on MTV has already reached 3x viewership in the opening week on MTV because of the o reach and engagement.

This season has a lot more exciting things happening. Players like Sergio Aguero, David Alaba, Memphis Depay, and a few more have been signed. It will be great to see young talents like Pedri, Frenkie de Jong, Diego Lainez, Vinicius Jr, Alexander Isak, Felix, and much more play this season.

The current season started on August 14th, with the first match between Valencia CF and Getafe CF. Big games with the Barcelona (November), Seville (November), Valencia (December), and Madrid (December) derbies are scheduled for upcoming months. The historic FC Barcelona vs Real Madrid match, also known as El Classico, which is also the most-watched club match in the football world, is likely to happen on the weekend of 24th October. It is going to be a season of a rollercoaster ride of emotions, drama, passion, and excitement, which one would not wanna miss. #PLAYLaLigaSantander