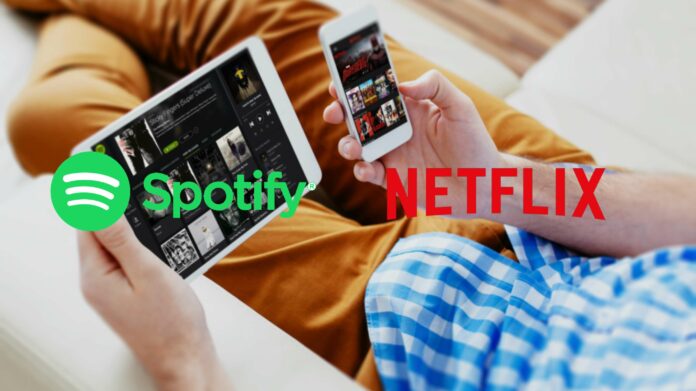 Netflix scores big with viewers, from ‘upside-down’ to ‘right side up’ (with a little help from Spotify)

Gaitonde has his own playlist. Sartaj and Guruji felt the same way. Listeners learned what kind of action hero they would be and received their own mercenary quest. The “upside-down” has to be brought to life in all of its “glory.” Netflix got what it needed most of all: top-of-mind knowledge among its target demographic that it has “something for everyone.” Spotify is responsible for all of this.

To tango, two are required

Netflix’s primary demographic is a combination of Gen Z and millennials, who are digital natives with a plethora of options. They do, however, recognise a good item when they see it and are eager to invest in it. Netflix wanted to reach out to this entertainment-obsessed, thrill-seeking population in order to promote content discovery and attract new users.

Spotify listeners lead a mobile-first lifestyle and are more likely than any other group to spend more money on what they want. They spend 15% more on entertainment, nearly 22% more on smartphones, and are twice as likely to be from a higher socioeconomic background. It’s no surprise, then, that Netflix partnered with Spotify for a year to use Spotify’s Streaming Intelligence to reach out to existing viewers and convert new members.

On Spotify’s site, an interactive masthead was created for Stranger Things. When the button was pressed, the Spotify UI app began to stutter and was overtaken by an in-show universe. As the paranormal experience of a hypothetical universe from the programme impacted the UI/UX of the Spotify app, playlist artwork and names would change to characters from the show. This was backed by 3D Audio, which used genuine surround sound to bring the creatures’ growls to life.

Spotify’s playlists are well-known. As a result, special branded playlists for Sacred Games were produced to bring the programme and its ethos to life. Sartaj, the good cop, has a Punjabi music playlist, whereas Gaitonde, the mobster, has gritty Indian hip-hop. Guruji, the self-proclaimed saviour of mankind, has his own devotional music mix.

Spotify produced an elaborate and entertaining experience for the action film Extraction, starring Chris Hemsworth as a soldier on a mission. The Spotify API was used to create individualised experiences for this digital experience. Listeners were presented with 3D audio advertisements that directed them to a page where they could answer a few easy questions to determine what type of soldier they would be. Spotify’s Streaming Intelligence kicked in and generated a personalised mix particularly for them to get them mission-ready.

Spotify provided Netflix with everything it needed with this campaign. But, when numbers speak louder than words, why use words? The outcomes are self-evident.