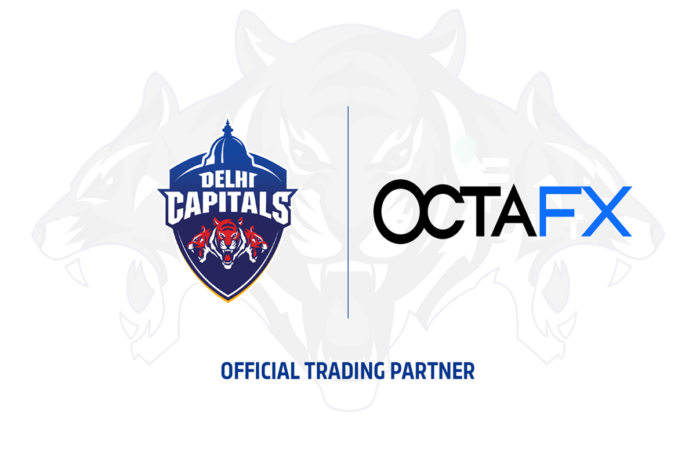 The innovative and fascinating cooperation between international broker OctaFX and the Delhi Capitals of the Indian Premier League is still going strong. This occurred amid high expectations for the 2021 VIVO Indian Premier League (IPL), which began play on September 19, 2021. The IPL was halted in the middle of the season owing to a revival of the COVID-19 outbreak in India in May.

The popular cricket tournament resumed on September 19, 2021, after some confusion over a specific date to pick up where the IPL left off.

This lengthy break has unfairly omitted a creative new partnership: OctaFX, a fintech firm, has joined the Delhi Capitals as the cricket team’s Official Trading Partner. OctaFX became the first trading partner in the history of the IPL thanks to this breakthrough agreement. The deal is the first of its kind for the Delhi Capitals, and it includes an exclusive digital content collaboration with the brand.

It’s worth noting that the Delhi Capitals were the IPL team that finished second last year in their 2020 season. This is the team’s most successful season since its start.

OctaFX and Delhi Capitals honored their newfound connection by assisting the Hemkunt Foundation in its heroic endeavour to organize comprehensive COVID-19 relief in India during this difficult transition phase defined by the pandemic.

“We are very delighted to see the IPL continue,” OctaFX official representative Anna Raes said of the VIVO IPL’s return. I can promise everyone that Delhi Capitals and OctaFX were among the most excitedly anticipating the completion of this significant sporting event. It’s especially pleasing given our recent, one-of-a-kind cooperation with the Delhi Capitals, which began earlier this year. The IPL’s continued existence symbolises the alliance’s resilience. We’d also like to wish all of the players and teams the best of luck in their health—may the best team win.”

The opening match was between the Mumbai Indians and the Chennai Super Kings at Dubai. Dubai, as the country’s largest city, will host 13 of the remaining matches after the tournament’s end, followed by Sharjah with ten. Abu Dhabi, on the other hand, being the country’s capital, will be hosting eight matches.

At this time, the final game of the IPL’s league phase, which will be played on 8 October between Delhi Capitals and Royal Challengers Bangalore, and the finals of the entire VIVO IPL 2021, which will be hosted in Dubai on 15 October, are important dates to remember.

Kushal Banerjee - August 16, 2022
0
Customers who are inundated with options select out wireless carriers they don't prefer at any predetermined hour, making it increasingly difficult for...