Palantir, American Tech company all set for IPO. People are still in wonder about the same because it’s a little known tech company in America. This move could be the next largest market listing of a tech startup after Uber.

Palantir, which was founded in 2003 and Funded in part by the investment arm of the Central Intelligence Agency called In-Q-Tel. It created a flagship software technology called Gotham with an eye toward use inside the CIA. The company is known for its technology that helps in tracking terrorists. There is a rumor that the company helped to locate Osama bin Laden. Palantir has raised more than $3 billion in funding. In 2018, the company has lost more than $579 million but they have managed to generate $742.5 million as profit. The company is valued by private market investors at $20 billion. The company is holding 3% of the market share in the 25 billion data analytics market.

Palantir helps in analyzing the information that gathers from various sources like internet traffic and cellphone records. It also offers different customized software based on the demand made by the clients. Now the company is working with the Centers for Disease Control and Prevention to track the spread of the coronavirus.  The company and Immigration and Customs Enforcement working together to find immigrants living in the country without legal permission.

According to the documents, in the last four years, the company has made a good array of federal contracts. It has made at least $741 million in guaranteed money and potentially as much as $2.9 billion. It shows the influence of company management in the American government. Within a short period, they became the major player in government contracts. It has also created controversy among competitors and federal employees.

In 2016, the company sued the Army over the procurement process for a new version of an intelligence analysis system, claiming the process was unlawful and wasteful. Palantir ended up winning the contract, which accounts for $1.7 billion of the $2.9 billion in potential federal contract money it has won since 2016. To cut the expenses company recently announced that it was moving its headquarters to Denver. 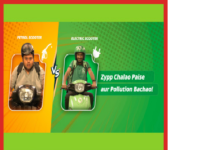 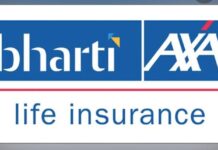 Amitha S - August 5, 2022
0
As every festival in India is incomplete without a gift, the very goes for this joyous occasion. There is a tradition wherein...