On July 24, an economic package of Rs 20 lakh crore was announced by Prime Minister Narendra Modi. The scheme aims to make the country independent against the tough competition in the global supply chain and to help in empowering the poor, laborers, migrants who have been adversely affected by COVID.

On 8th August 2020, 15 proposals worth Rs 6,399 crore of stressed NBFCs and HFCs have been sanctioned under the special liquidity scheme announced by the Finance Ministry as part of the Rs 20.97 lakh crore ‘Aatmanirbhar Bharat’ package. The scheme launched on July 1 allows both primary and secondary market purchases of debt and seeks to address the short-term liquidity issues of non-banking financial companies (NBFCs) and housing finance companies (HFCs).

Sharing implementation status update of the scheme, she said, 15 proposals with a total sanctioned amount of Rs 6,399 crore have been cleared as on August 7 while 37 more applications seeking financing of up to Rs 11,037 crore are under process.

Finance Minister Nirmala Sitharaman had tweeted that the Special Liquidity Scheme (SLS) of Rs 30,000 crore was announced as a part of the Aatmanirbhar Bharat package to improve the liquidity position of NBFCs and HFCs.

Any NBFC including microfinance institutions registered with RBI under the RBI Act, 1934 (excluding those registered as Core Investment Companies) and any HFC registered with the National Housing Bank under the National Housing Bank Act, 1987 which is complying with certain specified conditions, are eligible to raise funding from this facility. The funds for the scheme by subscribing to government-guaranteed special securities issued by a trust set up by SBI Capital Markets Ltd.

The special liquidity scheme is open for over three months for making subscriptions by the Trust. Under the scheme, the government will give an unconditional and irrevocable guarantee to the special securities issued by the Trust. The instruments will include commercial papers and non-convertible debentures with a residual maturity of not more than three months and rated as investment grade.

Hence, those market participants who are looking to withdraw their standard investments with a residual maturity of 90 days may also approach the SLS Trust. 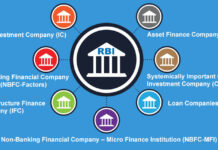 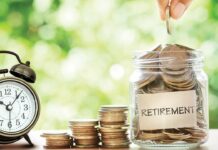 Shubhangi Priya - September 25, 2021
0
Reliance General Insurance launches a campaign to raise awareness of PCOS, a disorder that affects one out of every five women in...

Mubi collaborates with Amazon to bring its curated cinema to Prime...