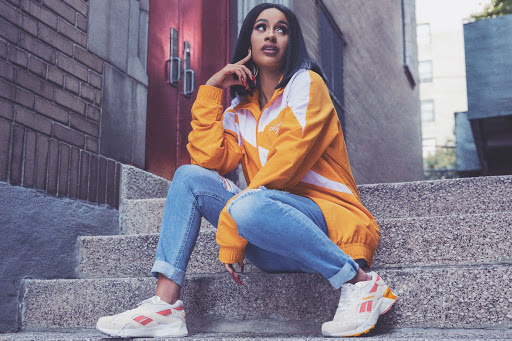 Reebok starts promotion through Spotify. Reebok started the promotion of its first footwear collection inspired by the American Rapper Cardi B in an interactive audio experience on Spotify.

The sportswear and footwear giant Reebok announced that they are working with Spotify for the promotional activities. Spotify is one of the popular Swedish audio streaming podcasting industry which have almost 320 Million monthly active users, including 144 Million premium subscribers.

Reebok is looking forward to their customers with Spotify audio experiencing featuring Cardi B. Sportswear and footwear giant ADDIDAS owned Reebok has been expanded the collaboration with the American rapper Cardi B, by offering the first Reebok x Cardi Footwear Collection.

Cardi B is a famous American rapper active since the year 2015, Cardi B has been recognized as the most influential female rappers by Forbes. ADDIDAS owned Reebok is the brand ambassador of the American rapper Cardi B since 2018. Cardi B has about 45 Million monthly listeners in the Swedish audio application Spotify. Last month when Cardi B had announced about its first sneakers through social media giant Instagram, they sold out within 24 hours.

Recently the demand for the audio advertisement of Sportify is getting improved, the automobile brand Hyundai has recently announced about the collaboration with Spotify to advertise, to reach up the young and the customers who are in the market. Hyundai’s “My City Unlocked” includes three recording artists who provide a virtual tour of their hometown. The great advantage of the advertisement provided by Spotify is that we can listen to it by doing our activity, even if we are using our mobile phone we can hear it and engage in other businesses.

Reebok campaign is another sign for Spotify to see how the markets are embracing the audio platform’s advertisement support service that free to listeners. According to a public announcement Reebok has experienced a 9.3% yearly jump in online sales during the time of pandemic in the second quarter. Reebok maintained to gain 51% in quarter three as the consumers started shifting back to shopping from stores after a few months of the pandemic.

Reebok announced that they are going to sell their new collection on its website. Reebok also announced a chance to win a “Cardi Mouthy” gift kit valued at $4000 for their customers.