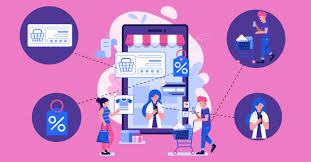 Retail advertising is a process by which retailers use store advertising both online and offline to drive awareness and interest towards the products to increase the revenue by targeting the audience. Through this advertising, retailers try to influence their audience to take a specific action. In 2020, retail advertising has witnessed 1.6 times ad volume growth compared to the first quarter of 2020. The ad volumes of the retail sector on televisions increased by 35% in 2020 compared to 2018. The lowest ad volumes were recorded in the second quarter due to the lockdown and it took almost 4 months post the period of lockdown for the retail sector’s ad volumes to get back on track. The television ad volume received double-digit growth during the festive period. 60% of the ad volume of the retail sector was contributed by the jewelry outlets and the top 10 advertisers contributed more than 55% share of ad volumes in 2020 with Lalitha Jewellery being the top.

In the Print category, the ad space of the retail sector increased by 44% in 2020. Compared to Q1 of 2020, Q4 has witnessed 1.6 times growth in ad space and it received double-digit growth from October 2020 which continued till the entire festive period. 81% share of the sector’s ad space was contributed by the publication languages. Reliance Retail was top in the list of top 10 advertisers which accounted for more than 15% share of ad space in 2020. 46% share was contributed by the South zone for retail advertising in Print during the last year with Hyderabad and Bangalore being the top cities in South Zone. In a print medium, the sales promotion for the retail sector accounted for more than 70% of ad space, and out of these sales promotions, multiple promotion occupied 69% share which is later followed by discount promotion with 25% share.

On the Digital medium, the Kid store and electronics were the top retailer categories with shares of 38% and 12%. Out of the top 10 brands, Vijay sales were leading with more than 1/5th of the total ad insertions of the retail sector on Digital medium. Ad Network topped with 60% share with the transaction method for Digital advertising in the retail sector in 2020.