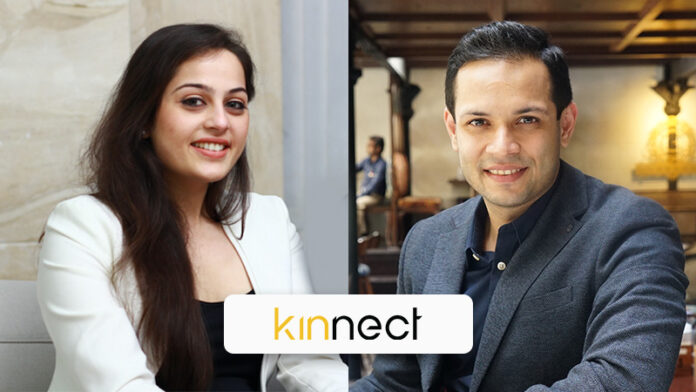 It’s are near 11 years since Kinnect came into being, and it’s had a good journey to this point. But let’s start with the difficulties you faced.

Rohan: It needed plenty more effort and action 11 years ago than one may think it might take now because then, we had to really move out and convince people they needed to try and do digital. Now, of course, the tables have turned, and firms want to listen to about digital and what we’ve got to mention.

What we wanted to try and do was very simple. i used to be within the US around 2009 to 2011 and witnessed how social media really picked up, and digital has become a component of the marketing strategy for brands.

In India, it had been still nascent, and that i convinced Chandni to quit advertising and for us to urge into an area that’s not too big but growing; we’ll be the simplest therein space at some point in time. I’m thankful we’ve completed 10 years, during which things are great, really. We picked an area we could dominate, and the majority had just 3-4 years of experience. It had been all about what quantity time we could put therein space and that we were quite confident that we might grow.

The clients checked out us with skepticism as we were very young, the space was nascent, and clients didn’t know what would start up of it. And that we countered all that skepticism by charging them almost nothing.

So really, you contributed to assembling the category…

Chandni: There was this great belief in digital, and once clients saw it absolutely was working for them, they started investing more. Now it’s become insanely more (smiles). Earlier the CMOs were CEOs, and it’s now changed from digital not being considered important to possess become an oversized a part of the sole conversations CEOs seem to be having.

Rohan: The barriers to entry aren’t significant on digital. While i feel it’s not an inexpensive platform, it’s the most important misconception. it’s an occasional entry-barrier platform, that’s why plenty of individuals can dabble in it which is what got brands to require that beginning, so you had to win their confidence by showing some success. Which is how they started investing more of their time and energies in digital.

Chandni: Yes, the way brands are now gazing us now could be insane, the sort of respect and therefore the reasonably business conversations they’re having with us is extremely different from those who happened earlier. Today, they’re discussing real problems and issues and the way they’re visiting tackle them, and the way they’re about to digitally transform their businesses.

Rohan: after all, while many reports say the ad spends today are 65% mainline and 35% digital, it does rely upon the categories. as an example, within the auto sector today, that ratio is more like 60% digital, with mainline having come down. Especially within the premium auto segment, they’re investing pretty significantly in digital, and lots of those Unicorns within the last number of years are far more leveraged on digital. And then, of course, you have got categories like FMCG that are still spending plenty more on mainline. But we expect the share to stay growing because now TV has become Connected TV and one can start buying spots on these connected TVs through digital placements, and therefore the last number we heard was that 55mn households today have connected TVs, which two years ago would are just around 10mn households. Plenty of things that were considered mainline TV are now visiting move to digital TV. Digital is moving to spaces that are beyond a monitor or a mobile screen.