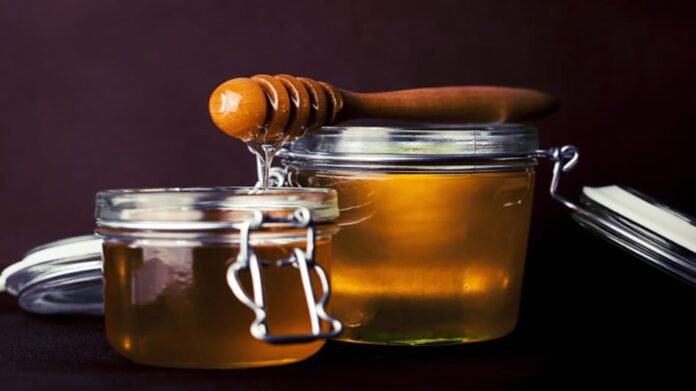 India is one of the world’s largest honey users, the news of honey adulteration comes as a shock to many. And, as a result of the Covid-19 epidemic, people were consuming honey in greater quantities than ever before due to its curative benefits.

One of the most serious issues with honey, which is usually a distinguishing feature, is its quality. Adulteration has been commonplace in recent years, and finding pure honey can be difficult. Honey is frequently blended with glucose solution, high fructose corn syrup, and a variety of additional additives that the average customer is unaware of.

Over the past year, Marico Limited has been successful in inventing and reinforcing its presence in the healthy foods and immunity-boosting area. For their new TVC campaign, Saffola Honey has also teamed up with prominent actress Priya Mani.

Marico’s Saffola Honey, which will be released in June 2020, outperformed its competitors last year when it was discovered to be one of three products that passed the purity test.

Major honey brands such as Dabur, Patanjali, and Emami (Zandu Pure Honey) failed a critical purity test conducted by a German laboratory, according to the Centre for Science and Environment (CSE) in December 2, 2020.

Saffola Honey was the only significant brand among the three that passed the Nuclear Magnetic Resonance (NMR) test, which is used all over the world to determine the purity of honey. While the test is not required in India, it is required for honey that is intended for export.

This commercial informs customers that they have the “purest” honey on the market. Furthermore, the purity standards are clearly stated in the box.

‘Kaha likha hai?’ says the TV commercial, as a lady seeks written confirmation for everything. This appeals to the widespread belief that a claim must be written down to be certain of its veracity.

When a grocery seller asserts that Saffola Honey is 100 per cent pure, she asks the same inquiry. He then instructs her to consult the package, which states that it meets all government requirements and has been NMR tested for sugar adulteration.

Honey is a natural sugar substitute for processed sugar. Honey is fat-free, cholesterol-free, and sodium-free, earning it the title of “nature’s sweet nectar.” The thick, sweet, sticky nectar is nothing short of an elixir.

.Only the best-in-class products are obtained, processed, and provided to consumers by Saffola, who adhere to the strictest quality controls and standards.