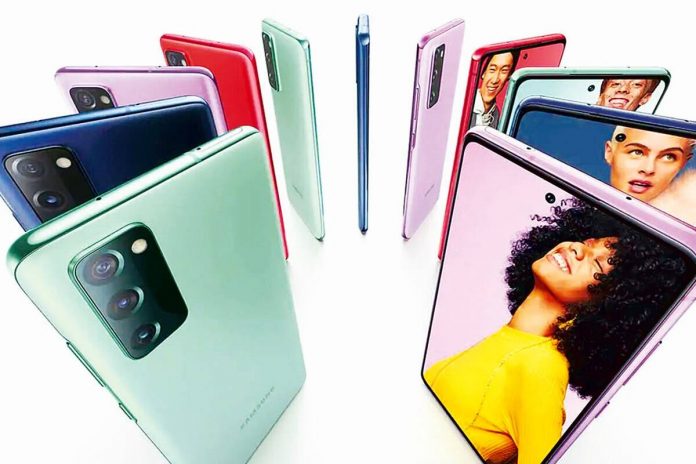 The OnePlus 9 Pro and OnePlus 9 will go on sale for the first time tomorrow.

On Wednesday, Samsung introduced the Galaxy S20 FE 5G model in India. Since the phone in question was released globally in September of last year, we claim “finally.” Samsung decided to carry only the Exynos 990-based LTE version to India at the time for some strange reason. The 5G version, which is fuelled by Qualcomm’s Snapdragon 865, is arriving nearly six months later.

Consumers responded positively to the Galaxy S20FE LTE version, and Samsung expects the Galaxy S20 FE 5G to expand on that success by providing – potentially – more power and access to the next-generation networking level.

Readers with keen eyes will note that Samsung released the S20 FE LTE at a critical juncture, just before the launch of the OnePlus 8T 5G. It has also unveiled the S20 FE 5G in a strategic manner. On April 1, the OnePlus 9 Pro and OnePlus 9 will go on sale for the first time.

Price and availability of the Samsung Galaxy S20 FE in India

Specifications and features of the Samsung Galaxy S20 FE

The processor is the only real difference. Instead of the Exynos 990 used in the 4G edition, the S20 FE 5G has a Qualcomm Snapdragon 865. The rest of the specifications and architecture remain the same.

That is to say, the phone’s body is made of polycarbonate and has a matte finish. Cloud Navy, Cloud Mint, and Cloud Lavender are the three colorways to choose from.

The monitor is flattened out, and it’s a Super AMOLED with a 120Hz high refresh rate, a 6.5-inch size, and a 1080p+ resolution. It has a cut-out for Samsung’s Infinity-O punch hole (this houses a 32MP camera). On the back, there are three cameras: a 12MP main camera, a 12MP ultra-wide-angle camera, and an 8MP telephoto camera with 3x optical zoom and up to 30x software-induced “space” zoom.

The S20 FE 5G comes with 8GB of RAM and 128GB of internal storage. This can be extended. A 4,500mAh battery with 25W quick wired charging powers the handset.

In October of last year, Samsung launched the S20 FE LTE in India for Rs 49,999 (8GB/128GB). The phone in question nailed the basics, giving Apple and OnePlus pause for thought.