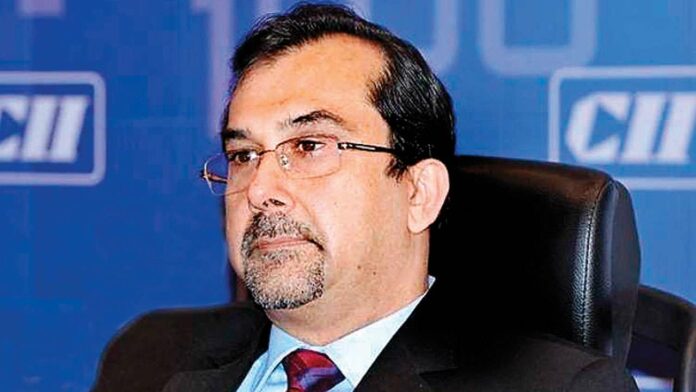 Sanjiv Puri, Chairman and MD of ITC Limited,  received the IMPACT Person of the Year, 2020 Award by exchange4media Group in the name of excellence in the area of advertising, media, and marketing.

This award was presented to Sanjiv Puri for reforming a 100-year-old firm with the times, making it an immensely stable and strong conglomerate, adaptable, agile, and digitally focused, as well as making ITC one of India’s fastest-growing FMCG companies.

Sanjiv Puri rejuvenated the FMCG industry after taking over as Chairman of ITC, building future categories. During the pandemic, ITC launched a record number of 120 items, many of which were effective, particularly in the hygiene category, which was in short supply at the time.

The IMPACT Person of the Year, 2020 was awarded to Sanjiv Puri by the exchange4media group on Thursday. Some of the biggest names in advertising, media, and marketing were present at the event. Smriti Irani, the Union Minister for Women and Child Development, was the chief guest at the event.

Puri dedicated the prize to the farmers and rural people with whom ITC has collaborated to achieve inclusive and sustainable growth. He emphasised that businesses must achieve their economic goals even while serving a wider societal purpose.

Puri further said that such a concept motivates the organisation to develop new models, as well as social and environmental capital. He emphasised the importance of businesses focusing on global issues such as climate change. He believes that businesses have the innovative management capacity and financial resources to make a difference and contribute to the country’s inclusive progress.

The ABP Network hosted the IMPACT Person of the Year 2020 award, co-powered by Zee5- Dekhtey Reh Jaogey, with Discovery Plus and The Hindu BusinessLine as Co-Gold Partners.