From the past itself, Santoor advertisements have consistently been genuinely conventional. A brilliant young woman, having confusion about her age, makes the audience surprise, when they understand that she’s actually a mother. Typically, that acknowledgment first lights, when the daughter in the film hugs her and calls out to her loudly telling like ‘Mummy’!

In recent times, since ADK Fortune Communications turned into Santoor’s agency on record, the brand has been attempting to split away from that formula.

In 2019, Santoor released a new commercial for its product – Santoor Gold, which highlighted a young tour guide. There was no reference to her status as a mother. Instead, the advertisement concentrated on how the soap could help to secure a woman’s skin against pollution or contamination. The agency planned to depict the lady as one who is focused on her profession.

The brand can’t be blamed for attempting to split away from its formula. If Santoor had followed that equation in an advertisement during the Coronavirus pandemic, at that point, it would have been called insensitive. During these occasions, consumers have their eyes stripped for marketers who’re attempting to utilize authentic messaging. Santoor, as sandal soap, has consistently stood for beauty and youthfulness, but now, it is attempting to step into the health and wellness space.

Satbir Singh, founder, and CCO of Thinkstr opines that the brand (Santoor) had amongst the most impressive communication boards in Indian advertising, and that it is a tough practice to follow, during these hard circumstances.

Dettol has occupied the dust and grime space for a considerable length of time, like years. It has attempted to get higher scores on skincare. Santoor has consistently been about ‘tvacha’. It’ll be a fascinating space to watch,” he says. Singh has nearly about 19 years of experience in the field of advertising and has worked with various worldwide famous agencies like Ogilvy, Havas Worldwide, and FCB Ulka. 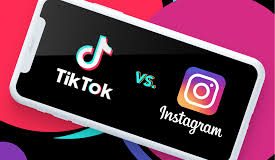 Passionate In Marketing - July 15, 2020
0
T TikTok a Chinese platform well known for its video making and sharing content recently got banned in India by Indian...