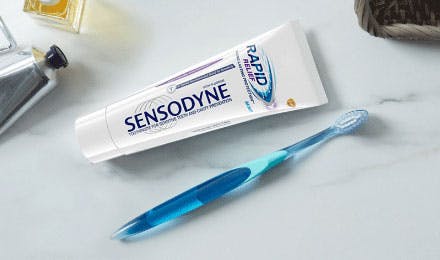 Sensodyne is an oral care brand owned by GlaxoSmithKline. The products are marketed under the same GSK. Sensodyne is a toothpaste and mouthwash brand. They are known for the sensitive teeth. They have now launched a new TV campaign for its toothbrush portfolio. The campaign is named “Effective & Gentle Care”. This campaign tries to educate people on choosing the right toothbrush. The campaign also attempts to convey the fact that hard brushing is imperative for the effective cleaning of teeth. The head of the brush is designed in such a way that it can effectively cleanse the teeth.

Hard-bristled toothbrushes are used by many, with a perception that our teeth get cleaned better only when hard scrub is done. In reality, hard scrubbing of teeth will cause damage to the enamel, gums, and teeth. When the protective layer of the teeth is damaged, it ultimately leads to the disruption of oral care. It depends on how vigorously we brush our teeth. Sensodyne’s new campaign focuses to educate people on how their toothbrushes are exclusively crafted with soft bristles for gentle oral care.

This campaign is followed in simple 8 languages. The film portrays a woman vigorously brushing her teeth and showing some concern for her oral health and hygiene. The TVC come up with the introduction of the Sensodyne brush, which is soft, gentle on teeth and gums.

GSK’s Consumer Healthcare, area marketing lead – oral health, Anurita Chopra said, “There are still many misconceptions regarding the choice of toothbrush and brushing technique. This campaign attempts to dispel the common perception that hard brushing is needed for effective cleaning and positions Sensodyne toothbrush as a specialist brush for best care of teeth and gums.”

Anandu R Nair - January 22, 2021
0
The raging soap war between Sebamed and HUL has been resolved for now by the Bombay High Court. The court allowed Sebamed...