Mamaearth, a skincare and cosmetics firm, is reportedly in talks to earn roughly $300 million through an initial public offering (IPO) within the next 12 to 15 months. According to reports, the company is also seeking a roughly $3 billion valuation. According to the source, Mamaearth is seeking a valuation of about $3 billion, representing 10-12 times projected earnings based on sales growth and future revenue possibilities. It intends to submit draught regulatory documents before the end of 2022.

The cosmetics and skincare company is now in the beginning phases of discussions to raise around $350 million through selling its initial shares; the current estimate is $300 million. According to reports, the company is negotiating with J.P. Morgan Chase, J.M. Financial of India, and Kotak Mahindra Capital. Mamaearth is a 2016 Indian brand selling “toxin-free” face cleansers, shampoos, and hair oils. Hindustan Unilever, Unilever’s India division, and Procter & Gamble Co. fight in the fast-growing personal care industry.

Mamaearth’s plans for an initial public offering (IPO) come at a time when the capital markets are declining, as well as a slowdown in India’s thriving startup environment, which raised a record-breaking $35 billion in 2017. Currently, several new companies are downsizing their workforces due to capital-raising difficulties.

Varun Alagh, a former CEO at Hindustan Unilever, and his wife Ghazal founded Mamaearth. The two entrepreneurs have capitalised on the growing popularity of online shopping in India by selling their products on Amazon and Walmart’s Flipkart. Well-known Bollywood actors and actresses promote the brand.

India’s cosmetics and personal care products sector is estimated to reach $27.5 billion by 2025, up from $17.8 billion in 2020. The number of people buying online cosmetics and beauty items is predicted to grow from 25 million to 135 million.

According to an equity research professional, Mamaearth’s initial public offering may depend on the expansion of its offline sales. 5–6% of Indian purchases are online. Most Indians shop at traditional stores. Online platforms account for 70% of Mamaearth’s revenues, according to CEO Alagh’s January remark to Business Standard. The company hopes to boost its physical presence and reach 40,000 retail locations in 100 cities this year. Mamaearth’s parent company, Honasa Consumer Pvt Ltd, reported $130 million in revenue and a little profit in one of three reports. March ended the year.

Despite the Covid-19 pandemic during the fiscal year ending in March 2021, MamaEarth enjoyed tremendous growth and made its first profit. The fledgling company had a net profit of 246 million yen after taxation. In addition to India, Mamaearth has established operations in Nepal, Bangladesh, and Sri Lanka and is preparing to launch in the Middle East. 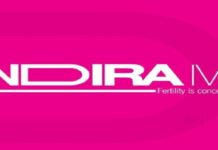 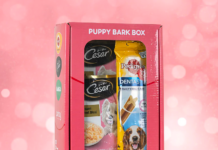 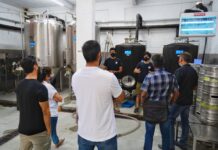 New ‘Taste Obsession’ popup series by Singapore in partnership with The...