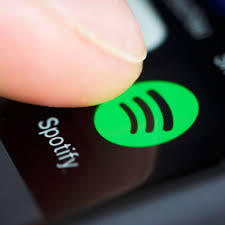 It has been nothing but a revolution in the area of listening, after the onset of Spotify, without any second thoughts. It has drastically changed the way people engrossed music, rather any audio content, be it podcasts, originals, or any other vocal contents, for that matter. From the times when we used to download audio files and listen any time later, boy have we come a long way. Spotify has made it so smooth to listen to your favorite music while you are on the go.

The latest campaigns in the form of ad commercials, ‘Memories by Spotify’ and ‘Work out’,  that have been launched by Spotify, directed by the celebrated ad filmmaker, Ram Madhvani, touched the aspect of nationwide lockdown. This campaign is all about bringing in the emotions of thousands of people who were stranded away from their kith and kins. The renowned advertising production house, Equinox Films has produced these films, which have been conceived by the Leo Burnett South Asia team. The commercials portray the staunched playlists on Spotify as per the listener’s frame of mind and mood. They have come up with a much more intricate playlist that is welcomed by people across the globe. This is all for people who have been away from their loved ones, not by their choice, and it tries to bring in the same emotion alive through their playlists. Besides, like every other Spotify commercial, this too comes up with the thought of gluing communities, thereby establishing connections with listeners. Quoting Mr. Madhvani, “ We are constantly amending and modifying the process of film making with every new shoot that we do in these restrictive times. It is new for all of us but Equinox Films is known as the youngest oldest production house and we are here to adapt and reinvent.

Music, despite languages, has always been a conveying language to emote, be it any state of mind, for that matter. As we all know, it just takes a song to change our days upside down, and in all its purest senses, Spotify got your backs!

Author - December 3, 2021
0
Susan E. Arnold has been elected Chairman of the Board of Directors of the Walt Disney Company, effective December 31, 2021. Arnold...