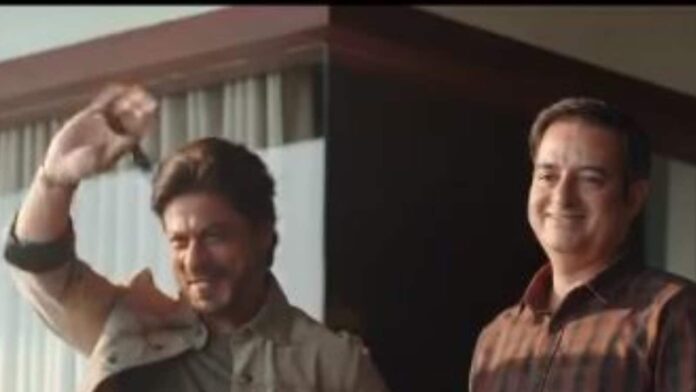 Shah Rukh Khan is all set to star in a show or movie on the leading video streaming platform, Disney + Hotstar. Lately, he wasn’t having his good times and when he found out that his stardom is at risk, he was desperate to do something to bring back his image as a star in India.

It has been quite funny and unexpected that Shah Rukh Khan, or SRK, and his business partners discuss his not being able to get on the platform. In the latest spot, the third in the series, SRK is surprised to know that he has not been called out by Disney+ Hotstar, or even messaged him back.

In the latest series of The Siway, we are told about the condition of the entertainment industry in India and the likes of Ajay Devgan, Sanjay Datt, Saif Ali Khan, and Akshay Kumar who are seen to have appeared on the platform but not SRK. It has been one and a half years since now that the theatres have shut down and not open due to covid-19 and the lockdown imposed due to it.

Because of this, as we know the OTT platforms have gained a lot of popularity.The co-writer of the series Siway, Devaiah Bopanna along with Tanmay Bhat, Deep Joshi, Puneet, and Vishal Dayama have done it all. It was directed by Ayappa of Early Man and the music was scored by Karan Malhotra.

It is the same crew that also worked on CRED’s 2020 and the Indian Premier League (IPL) 2021s campaign.For those who don’t know, SRK is going to debut on the OTT platforms with this series.

It’s built-in such a way that it is the first OTT series of Shah Rukh Khan. Well, if we see it in another way, it is a clear promotion of the 2021 Vivo IPL which is going to be held in UAE this year, right now.

As SRK, you might also feel as a consumer that you are missing out on all the action like, Vivo IPL, Nat Geo, Disney Marvel exclusive shows and movies, and Star Wars content, live sports, Hollywood and Bollywood flicks, English and Regional TV show just because you have not subscribed to Disney+ Hotstar.

The video streamer has done away with its free offering and launched new subscription plans on September 1.