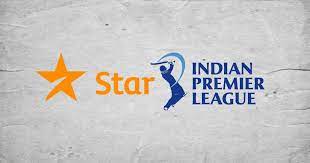 Star India network had bagged a reach of 352 million in the first 26 matches of IPL 2021, as compared to 349 million in the following matches in IPL 2020. The broadcaster has indicated that the upward trend glorifies the loyalty of the fans and the popularity of the Indian premiere League.

After two years, the Indian Premier League knocked home soil with much pomp, and had reflected during their quarters, and also in their routine plays. Even though, there was a huge rise in Covid cases across the country. The Board of Cricket Council India (BCCI) has decided to end this tournament. Their board members have no other option with them.  Due to this pandemic crisis, they had to call off this tournament without notice.

‘’ We are very excited with the response towards IPL 2020. Meanwhile, it is heart breaking to realize that now, the more viewers turned in to watch this IPL season this year. They still assure that their decision on postponing this season’s IPL was accurate, since it is necessary during this pandemic crisis, to ensure the safety of players, stated a Star Sports Spokesperson.

This IPL mega cast with 9 different feeds in multiple languages along with broadcast innovations including stimulated crowd sound, and dynamic audio kept viewers entertained like the previous season. The star India network had earlier declared that they had bagged 323 million total impressions for the opening match of IPL 2021.

The opening match between defending champions Mumbai Indians and Royal Challengers Bangalore has received a tremendous response, which is bigger than opening matches of all other IPL editions held previously other than Dream 11 IPL 2020, and 42% higher than the edition in 2019. This year, nearly every third TV-owning household in India watched the opening match live.