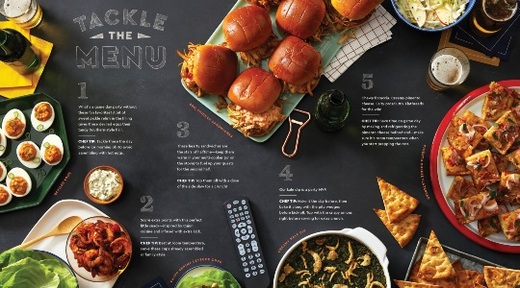 The campaign for the game by Stella Artois is another sign of how brands are revamping their promotional efforts as the pandemic continues to interfere with traditional campaigns and restaurant and bar sales.

The AB InBev brew has made several efforts to engage homebound customers in the context of the shift in experiential marketing to digital platforms in the past year. In April 2020, Stella Artois launched a ‘Stella [email protected]’ cooking series on IGTV, Instagram‘s video streaming section, with many individuals interacting through social media. Actress Eva Longoria, chef Marcus Samuelsson, and others offered cooking lessons and encouraged viewers during the health crisis to help local restaurants.

In a special edition of the “Stella Sessions” cooking show on Jan. 18, Eli Manning and Victor Cruz, who played together when the New York Giants won the Super Bowl nine years ago, shows how to make the recipes. Viewers can stream the tutorial from the social media platforms of Stella Artois and access the menu on the website of Blue Apron until Jan. 29. The deliveries arrived at the week of Feb. 1 as fans brace for the big game.

As far as the Super Bowl goes this year, it’s uncertain whether an in-game spot is going to be run by Stella Artois. Last year, it opted for a counterprogramming initiative, hosting an outdoor celebration during the lead-up to the game as fans gathered in Miami. A partnership with gourmet restaurants, celebrity cooking demos, and a cruise on a luxury yacht was part of its “Port de Stella Miami” activation. The idea was to deliver an authentic experience, especially for younger adults who share those moments on social media, and to enhance the reputation of Stella as an upscale brand.

Two years ago, Stella Artois ran a “Change Up The Usual,” Super Bowl commercial, mashing up “The Big Lebowski” and “Sex and the City” characters and showing them to order a Stella Artois instead of their signature drinks. As part of its “Pour it Forward” campaign promoting environmental issues, the company also collaborated with a non-profit organization in 2019 to raise awareness of water conservation.

More recently, the social media contest of Stella Artois in December 2020 offered homebound Broadway fans an opportunity to see a live-streamed performance of songs from the “Jagged Little Pill” musical. The beer brand also developed a virtual Hotel Artois at the Home experience to provide audiences with the facilities of a five-star hotel and collaborated with TripAdvisor travel site to turn cancelled holidays into a memo.

The partnership with Blue Apron by Stella Artois comes as brands look to create immersive experiences during the pandemic for fans at home. A spokesperson refused to comment about whether, during the Super Bowl, the beer brand would also run an ad.