The Nifty futures were trading at 35.5 points or 0.31 per cent higher at 11,590.20 on the Singapore Exchange, signifying a flat to a positive beginning for Bombay Stock Exchange Sensex and the Nifty 50 on August 27, 2020. A total of 51 companies namely Avanti Feeds, Edelweiss Financial Services, ARSS Infrastructure, BL Kashyap, NMDC, GMR Infrastructure, BFL Asset Finvest, Chennai Ferrous Industries are arranged to announce their quarterly revenue.

With more stock-specific actions happening, the market will probably continue its positive energy in the near future. A swarm of factors like the 41st meeting held by GST Council, monthly derivative contracts expiry, an annual general meeting of Tata sons, corporate results and stock related precise actions will influence the market sentiment highly. Siddhartha Khemka, Head of Retail Research, Motilal Oswal Financial Services Ltd stated that very robust global indications led by positive news flow about the vaccine development and the further ease in worries occurred between India and China will definitely support the momentum.

The Vodafone Idea still continues to yield the market share to Reliance Jio and Bharti Airtel, giving indications that the sector is fast moving towards a duopoly market pattern. When the financial data provided by the Telecom Regulatory Authority of India (Trai) for the April-June months of 2020 period is considered, it is evident that the adjusted gross revenue (AGR) of Vodafone Idea deteriorated 22 per cent to Rs 8,567 crore in comparison with Rs 10,916 crore in the previous January-March quarter.

ICICI Bank told that they have planned to sell up to 2 per cent of their holding in ICICI Securities over an open market transaction. The ICICI bank stated in a regulatory filing that, the Board of Directors of the bank at its meeting held on August 28, agreed on the sale of up to 6,442,000 equity shares of face value Rs 5 each of ICICI Securities Limited Company which is representing up to 2 per cent of its issued and paid-up equity share capital through an open market sale.

The Bharat Petroleum Corporation has restarted their work on as many as 2,118 numbers of projects involving a capital expenditure (CapEx) of about Rs 50,300 crore over the three years. Out of the total estimated capital investment, Rs 9,597 crore is dedicated for the current fiscal year, of which it has already spent Rs 1,650 crore which the second-largest oil marketing business stated on August 26.

The government will sell up to 15 per cent stake in the Hindustan Aeronautics Limited through an offer for sale (OFS) scheme, at a floor price of Rs 1,001 per share which could raise the exchequer about Rs 5,020 crore. A total of 51 companies such as Edelweiss Financial Services, BL Kashyap, NMDC, ARSS Infrastructure, GMR Infrastructure, Avanti Feeds, BFL Asset Finvest, Chennai Ferrous Industries, Gayatri Projects, HCC, ICRA, IDFC, PNC Infratech, are scheduled to declare their quarterly incomes. 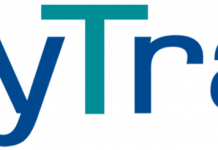 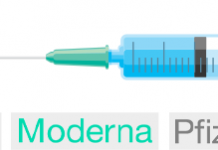 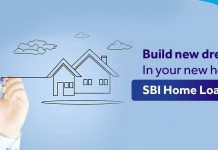 Akhil S Kumar - March 1, 2021
0
Orra, the diamond jewellery brand, has announced a new classification to its portfolio by presenting the Desired collection, targeted at millennials.