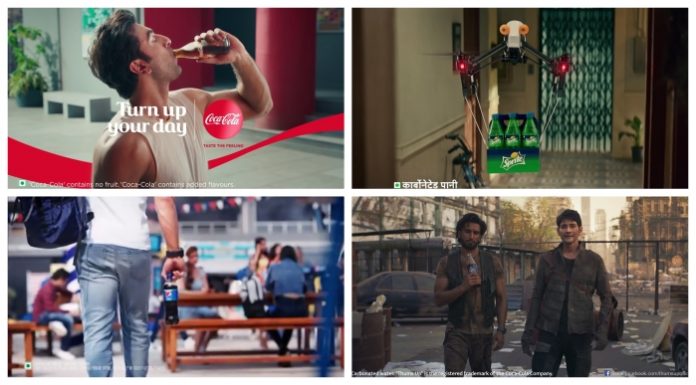 In 2020 Fizzy beverage brands had a terrible experience. Coca-Cola and Pepsi which are top beverage companies missed out on their peak summer consumption months due to the pandemic-induced lockdowns in India. During the summer month, both the companies reported a dip in sales, which have traditionally driven their volumes. In Q2 in India, the beverage volume has been declined by double-digit according to the report by PepsiCo. The has been a dip of 18% from Coca-Cola’s Asia Pacific business.  Due to COVID-19, the Lockdowns have been finalized which created a severe impact on India’s business even dented its global consolidated volumes according to Coke.

The complete shutdown affected the brands’ business-to-business (B2B) institutional sales in outlets like restaurants, theatres, etc, apart from the impact on distribution and individual consumption. The strong recovery is yet to be seen in out-of-home consumption hotspots. The festival season which the brands think it to a big opportunity with summer gone. Soft drink brands resort to two major ad spurts – pre-summer (February-April) and pre-festive (August-September) months, in India. After shorter digital campaigns major 360-degree campaigns are led by heavyweight endorsers. Many fizzy beverage brands launched their campaigns in December 2020. #KonayWaliDukaan campaign which was launched by Coke on December 15. #HarGhoontMeinSwag campaign which was launched by Pepsi with Bollywood stars Tiger Shroff and Disha Patani, on December 17. On December 24 #TurnUpYourDay campaign was launched by Coca-Cola that shows Ranbir Kapoor.

While introducing a limited edition ‘friendship pack’ Pepsi drove its new lowered price point. Sprite started to accomplish the objective of increasing home deliveries and at-home consumption in groups. President of RK Swamy Media Group, Sandeep Sharma pointed out that soft drinks are advertising during the winter season due to two reasons. The first reason is to be at the top of everyone’s thought in Christmas and New Year celebrations, targeting youngsters and the second reason is that their advertisement was low-key due to lockdown. A business strategist, Lloyd Mathias commented that soft drinks campaigns are created mainly for the peak summer and festival season. Markets like Mumbai can still be pretty warm even after festival season there are fresh opportunities since after this there is marriage season.