With a nationwide lockdown and social distancing norms in place, dating apps also need to adapt to the changing consumer lifestyle. So, dating apps have introduced digital date features.

Tinder- online dating platform, has planned to test a video dating features to tackle the Covid-19 situation which is slowing down the growth of users. While its competitor, Bumble app had launched a voice and video call feature last year, Hinge had launched a ‘Date from Home’ feature in the month of  March.  In the latter app, users can share when they are ready for a date digitally, and this makes it easier for the awkward transition from texting to meeting digitally for the first time.

Hinge said, it has witnessed a 30 percent increase in messages with 70% of its members, who opted for a virtual date. While on OkCupid, there was a 30 percent increase in messages sent each day. Matches have increased by 10% and conversion rates have increased by 20 percent as singles have turned to online dating. Bumble has also claimed, their overall data indicated an increase in trend of use by new and existing members, regarding chats, voice calls, and video calls.

Tinder in India, for messaging between users was always high compared to other markets, before the pandemic. In the month of  February-March, conversations went up by 39 percent. At the beginning of  May, it released its premium Passport feature, to allow users to match across locations.

Most apps are having  80-20 percent, or 70-30 percent men to women ratio. Women  were constantly protective of excessive attention from men and many had ‘no hookup’ warnings being mentioned in their bios. For men, where there is a 1:1 match, there could be only 20-30 percent of  them  getting any matches.

Apart from MyMove, an option for women to text first, Tinder had announced incentives, for female entrepreneurs and also invested in contents that clarified dating. 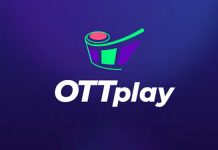 Amazon files suit to stop the use of the name in...