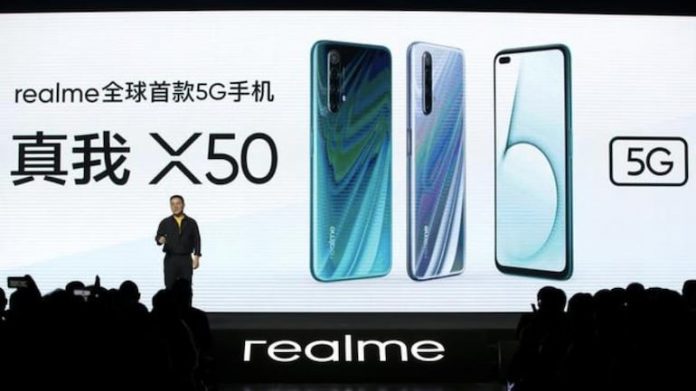 Realme Race flagship phone is due to be launched soon. The tipster has now claimed that Race is going to be called the Realme GT in India. And the reason for this information is the new trademark that Realme has recently registered. For now, it’s not clear what GT might mean, and even if there’s a catchy two-word phrase that Realme has reserved for this phone, GT seems out of place.

Contrary to the consensus that the 2021 flagship of Realme will be called X60 Pro. This phone will retain the legacy of Realme’s flagship phone series. Realme did not say whether this trademark belongs to the flagship of Race or a smartphone. This trademark registration comes days after Realme has been certified by Realme Race on the Bureau of Indian Standards (BIS) website. That means that the flagship phone is ready to be launched in India. Hence, the launch date is not yet available.

The Realme Race bears the model number RMX2022, as shown on the various certification websites. Realme has already confirmed that the Race flagship has powered by the Qualcomm Snapdragon 888, which brings the best of the Android world sector. The rest of the specifications are rumored, such as 125W fast charging on a 5000mAh battery, wireless charging, a 3K resolution and 160Hz high refresh rate Super AMOLED display, and even a 64MP triple camera system on the back. The smartphone comes with 125W Fast Separately. Realme has recently launched the X7 Pro and X7 smartphones in India. Both smartphones come with 5G support, facilitated by a MediaTek Dimensity 1000+ chipset on the former and a Dimensity 800U processor on the latter. Not only 5G, but these processors also deliver good performance, improved software stability, camera enhancements, and image processing. Both phones also bring fast charging technology to the mid-range segment. Everything on these phones is good for the price they’re asking for, except one thing that I think should be a pressing concern, the 5G.