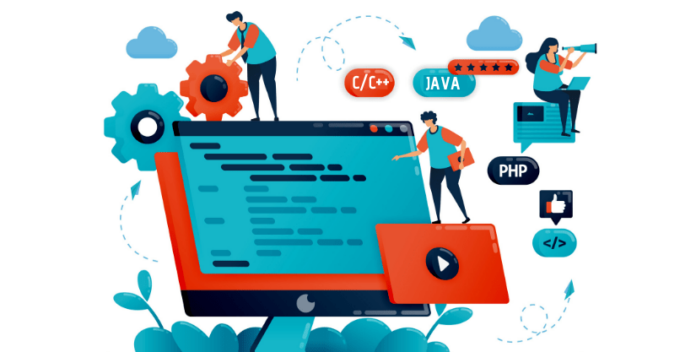 The IT industry continues to grow, demanding more people who wish to work in various roles and immerse in the programming world. To be successful in this area, you must have specialized knowledge and skills. You’ll need to keep an eye out for different courses in the IT sector and be familiar with several popular programming languages.

We have listed the top five languages that will be most popular in 2022:

A current trend in programming languages indicates Python’s importance in machine learning, data science, and the internet of things (IoT). It isn’t going away anytime soon. It is a simple language with simple syntax and a large selection of libraries and open-source applications hence widely used by developers.

Web development tools such as Django and Flask are available, while scientific tools like Jupyter and Spyder are available for analysis and research. Selenium is available to assist you if you are interested in automation.

JavaScript has a large number of libraries and frameworks that developers use during development. It powers highly interactive web pages and online apps.

Java is a class-based, object-oriented programming language utilized on various platforms, including mobile apps, games, web servers, application servers, and other devices. It’s a language that can be written once and executed on any device.

It is a cross-platform programme with several frameworks and lengthy lines of code. Java is also well-known in the fields of analytics and research.

C++ is a general-purpose, object-oriented, procedural, and functional programming language used to create operating systems, games, and web browsers, among other things. Professional software and high-performance applications rely heavily on this language.

It is an excellent operating system for an embedded system that has a graphical user interface. It is a language comparable to C# and Java. C++ most likely has the immense learning community of any language. Most students would begin their algorithm classes in C++ by creating trees, linked lists, stacks, queues, and other data structures.

PHP is a programming language used by millions of websites across the world. It’s a language that’s quick, adaptable, and programmable. The file is created, read, opened, deleted, and closed from the server.

It simply encrypts data and restricts access to users. It is a completely free piece of software. Many students choose PHP training as their preferred option. One of the most popular blogging platforms, WordPress, makes use of it. It is straightforward to develop HTML code and utilized it on various social networking sites.