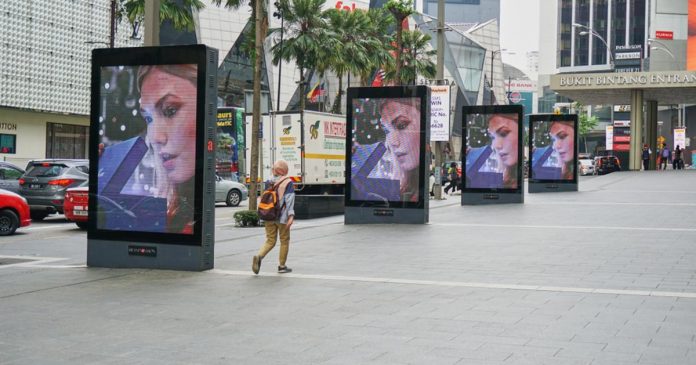 In 2020 OOH industry took a hit because of the reduced footfalls caused by the COVID-19 lockdown. In an initial month from March to June’20, there was no vehicle on the road. This created a problem for the OOH sector since this incident leads to no visibility and zero filings in Q1. But as time goes the lockdown started to decrease which leads to the brands that recognized the potency of OOH in their media plan came back spending on the billboard medium. Some OOH owners had even offered a 30% discount in a bid to revive the sector. There are some of the important OOH campaigns of 2020 that against all odds began spending on OOH.

ZEEL’s #13thJulykiTayyari is an OOH teaser campaign that was conceptualized by ZEEL and Laqshya Media Group in July 2020. The intent of the campaign has given a big spark of curiosity on social media due to the tagline #13JulyKiTayyari. Its main aim was to create awareness about ZEEL’s new content partnering with leading CPG brands like Amul Lassi, PepsiCo, Red Label, Nestle Maggi, ITC Dark Fantasy, and Cadbury Dairy Milk. Mondelez India #KhanGayiCadbury is another important campaign that was conceptualized by Mondelez India to launch their new Cadbury Chocobakes choc Layered Cakes. To instill better brand recognition the campaign successfully integrated OOH with digital. The Cadbury bars without the logo on billboards and social media, with the question: #KahanGayiCadbury is what featured by the 360-degree campaign. The campaign has roped in celebs, and also have attained the interest of the consumers.

Skechers D’lites flex is one of the important campaigns. An iconic campaign has been executed by the global sports and lifestyle brand in November 2020 with Street Talk. The campaign having the tagline #OriginalsKeepMoving has an objective of setting an example as they have formed a team with the three professional female mountaineers for an OOH activity in Mumbai. A herculean task of installing the Skechers D’lites flex over a billboard at a prominent location in Mahim Garden, Mumbai executed by the female athletes. Carrying a 70-pound flex, Height of 35 feet, and draping it across an 800 sq. ft canvas was scaled by them.