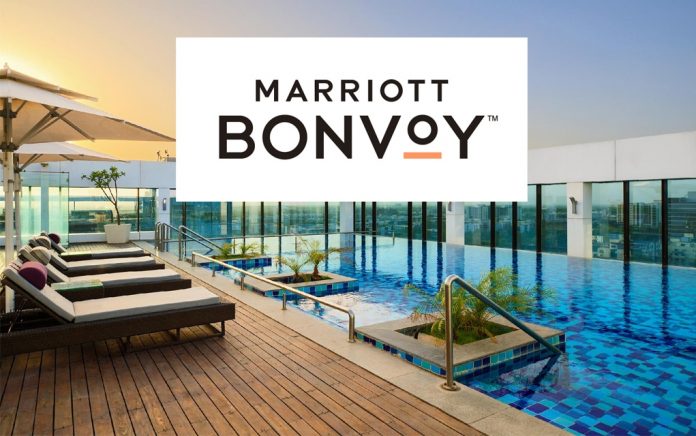 With the hit of Covid 19, traveling became the forbidden apple in Eden’s garden. Before the pandemic, any news about traveling will be taken as any other marketing strategy. But now, after almost spending two years inside, people are seriously looking forward to exploring. Marriot Bonvoy invites everyone to heal and explore the future by forgetting the trips that never happened in the past.

Marriott Bonvoy has launched a new global campaign named “Power of Travel.” The campaign aims to break the chains of restrictions and isolation experienced by all those enduring the pandemic. In concordance with the hotel chain, the campaign tagline “Where Can We Take You?” ” not only stands for the physical destinations and the unique and spiritual destinations travel lifts, people, too. The line and the campaign underscore the brand’s belief in travel’s ability to help one heal, grow and find common ground.

Marriot International is an international company that has 30 hotel brands under its name. They work across 131 countries and territories give people more ways to connect, experience, and expand their world. Marriot was founded by Alice Marriott and J. Willard, guided by family leadership since 1927.

On January 16, 2019, Marriott International launched Marriott Bonvoy, the new loyalty brand replacing the current loyalty brands – Marriott Rewards, The Ritz-Carlton Rewards, and Starwood Preferred Guest – reflecting the unmatched advantages, single loyalty portfolio, and experiences announced last year. Marriott Bonvoy is built on the belief that travel enriches us all and has the power to make the world a better place. Marriott Bonvoy launched on February 13 when the logo and branding begin rolling out across all consumer touch-points, including on property, marketing, and sales channels, digital, mobile, and co-brand credit cards bolstered by a multi-million-dollar global campaign.

“Marriott Bonvoy marks an evolution in travel because it represents more than a loyalty program,” said Global Chief Commercial Officer of Marriott International, Ms.Stephanie Linnartz. “Marriott Bonvoy is a travel program designed to bring to life our extraordinary portfolio of global brands in 129 countries and territories, while also providing endless inspiration for members to keep traveling and pursuing their passions.”

The minuted-long campaign video is to be aired during the NBA Finals and the Olympics. Marriott said it was symbolic as the Olympics are “the world’s biggest stage for global unity and connection.”  Marriott is also shaping their social media channel presence, inviting people worldwide to join the conversation and connect by sharing their memories of #TravelMakesUs on Instagram and TikTok, hoping to reignite the spirit of travel. Through this campaign, Marriott Bonvoy hopes to encourage the world to embrace the power of travel as a vital pathway to healing,  growth, and unity. In addition, the Marriot group has recently been in the news for supporting Covid 19 affected by providing food and other services.