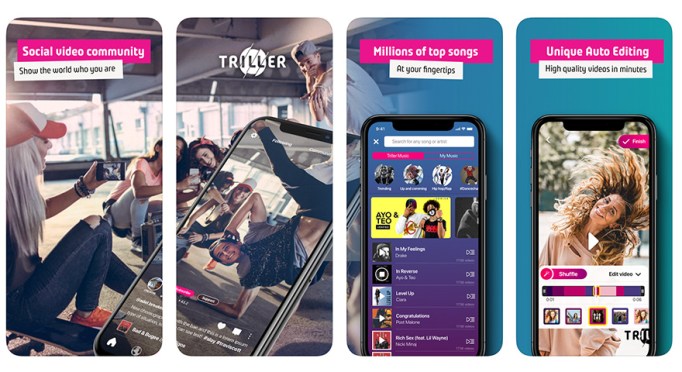 It would be an effective, if expensive, way for Triller to expand its brand image and scale with U.S. customers to make an appearance at the Super Bowl. If the app wants to compete seriously with TikTok and other creator-centered video sharing sites, a category that is increasingly crowded, those maturation steps are crucial.

The majority-owner of Triller is the media investment company Proxima Media. Including the recruitment of Tuhin Roy in November, whose history includes stints at Universal Music Group, Perkins Coie LLP, and helping to speed up digital media companies such as Giphy, Pandora, and Loudr, the company indicated its intention to jumpstart the growth of the app by launching it.

Triller has gained from the pandemic that has attracted more individuals to social media, as well as the threats by outgoing President Donald Trump to ban TikTok over national security issues, a saga that is likely to be in rearview with the incoming administration. Yet, the user base of Triller is still dwarfed by TikTok’s, and the start-up was not free of controversy. Last fall, former employees told Business Insider that in the past, Triller falsely inflated its publicly announced consumption statistics, allegations managers have refuted. Regardless of those arguments, in closing the gap with rivals, Triller still has a long road ahead.

TikTok was last year’s most-downloaded app and, amid increased government regulation, has handily maintained the attention of users and advertisers. In several ways, Triller going big with a Super Bowl campaign will echo the approach of TikTok for audience development and promoting positive word-of-mouth.

TikTok launched an ambitious consumer-facing ad campaign in the U.S. late last summer showcasing how it impacts “every facet of culture.” The initiative grew to include videos that went organically viral on the web, including one of a user skateboarding while lip-syncing to the “Dreams” of Fleetwood Mac that was famous enough to bring the decades-old single back on the charts.

In rare instances, Triller videos have taken off in the same way, but the app has taken drastic measures to ensure legitimacy. Recent campaigns tailored to the app, especially its emphasis on music-oriented videos, have been run by blue-chip marketers, including Pepsi. Some of TikTok’s top talents, including Charli D’Amelio, the most popular creator on ByteDance’s website, have also attracted Triller, although she does not use either app exclusively.

A Triller representative did not respond immediately to a request for comment about the Super Bowl plans of the company. Viewed as a successor to the TikTok video-sharing app, Triller received an extra $100 million in funding last summer. Triller has estimated that it commands 100 million monthly active users, and the Super Bowl may be a crucial step for increasing brand awareness among a wider customer base.