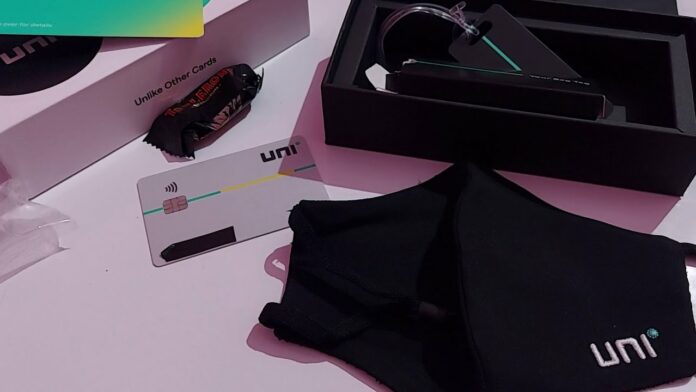 Uni Card with the assistance of its digital market handler Dentsu Webchutney has rolled out a campaign “the ultimate weapon against payments” that exhibits its Unique Selling Proposition.

It is the longest interest-free credit option available in India. The card splits transactions into three parts automatically, allowing customers to pay their monthly bills in three instalments over three months with no extra charges. The holders receive the benefit of 1% rewards if they pay in full. It is a limited-time offer with no joining fee. It is powered by Visa and the Uni Pay 1/3 card is accepted by 99.9% of credit and debit card businesses nationwide. It is a variant of Pay Later Cards.

Pay 1/3rd was launched in June 2021 as a pilot programme and has already surpassed 10,000 customers in less than two months. The business hopes to reach 1 million consumers in India over the next year.

Uni Card along with Dentsu WebChutney has set in action a total of four digital films on its social media handle to increase customer engagement.

Uni, in its Youtube Content, showcases a war between the customers and his bills. It then shows how its offering i.e. the ultimate weapon against payments, helped the case by slashing the payment into three halves. It provides a free credit period of 90-120 days against the credit period of 15-40 days as in the case of credit cards. Uni provides an extra benefit in that it does not charge interest in the event of late payments; however, they do charge a late fee with GST already included. The late fee is only applied to the amount that is due.

Prateek Jindal, co-founder, and CPO, Uni Cards said. “Who doesn’t want to live in the now and tick off their wish lists? But every time you wish to buy something you love, the big price tag makes it difficult to go through with the purchase. The flexibility to choose between splitting payments or pay upfront will lie with the user completely. With the latest series of ad films, we aim to highlight the importance of owning the future of payments i.e., Uni Pay 1/3rd Card today; so that dreams don’t get split, only payments do,” he added.

Passionate in Marketing - September 28, 2022
0
India needs to invest over $10 billion to boost cell manufacturing and raw material refining just to serve the local demand of...

News18 India widens lead over Aajtak in prime time & other...