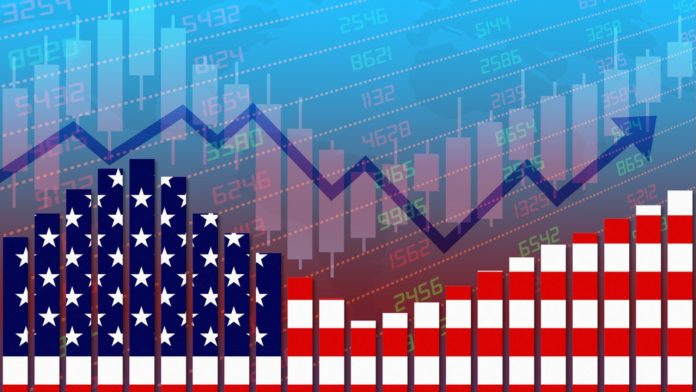 The nation’s business economists are optimistic about the US economy this year, with a majority saying that increase in vaccinations, better job gains, and government aid will increase  growth rate the most in the past four decades. The economy is expected to expand by 6.5% this year, according to a survey released on Monday by the National Association for Business Economics. This would be the quickest increase since the 1984 recession in the US.

The findings came after the responses submitted by 49 forecasters early this month and they portrayed a far brighter picture of the economy than its previous survey, released in March. In the March survey, the economists had forecasted a growth rate of just 4.8% this year. The US economy has been showing surprising strength and consistency in its recovery from the pandemic, which is worse than the Great Depression of 1930.

The key factor being the Government aid the Congress approved USD 4 trillion as a measure to support millions of lost jobs due to the pandemic. President Biden, in March, provided additional USD 2.9 trillion support this year, which included a package of USD 1,400 payments to most individuals.

With case numbers decreasing, consumer spending increasing, and businesses flourishing, economists are revising their forecasts. The NABE panel predicts the GDP at an annual rate of 8.5% in the current April-June quarter, vis-à-vis a 5.2% forecast in March. The government has estimated the economy to grow at a 6.4% annual rate in the January-March quarter, subject to revision by a report to be released on Thursday. Also, concerns about rising inflation pressures are growing. Consumer prices are soaring. The NABE’s surveyors predict inflation of 2.8% & 2.3% in 2021 and 2022 respectively. Last year, inflation was just 1.2%.

Holly Wade, chair of the NABE survey committee commented that the forecasters believe that any acceleration in inflation will be short-lived and that inflation expectations moved up from those in the March survey and panelists anticipate inflation to ease in the second half of 2021. 56% panelists believe that the economy’s balance of risks skewed to the positive side with the government spending more on aid program and proposed infrastructure projects which are now lined up in the Congress, as a factor for growth. 35% of the panel fear the various vaccine-resistant variants of COVID-19 as a risk to this economic forecast followed by worries about a decrease in the number of people willing to be vaccinated and stock market volatility.

The NABE panel was optimistic about further strong job gains even though the number of jobs added last month slowed to 266,000, and way below expectations. April’s hiring slowdown is because of a shortage of job applicants in some industries, economists said. Two-thirds of the panel foresees payroll jobs to go back to pre-pandemic levels by next year, with the most optimistic ones thinking that could happen by this year’s end. In the March survey, 59% had predicted that pre-pandemic job levels wouldn’t be achieved until 2023 or even later.

Author - January 26, 2022
0
In recent years, data science has produced a wealth of work prospects for aspiring data scientists and many other professions. Students and...