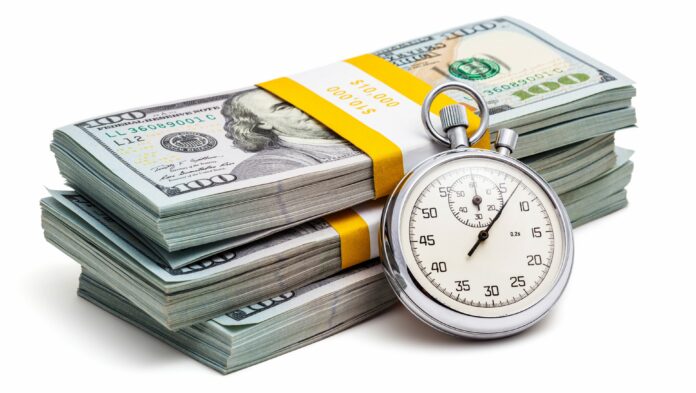 The Biden administration is facing another challenge, inflation. He declared it as a top priority case as the energy costs soar above 6.2%.

In October, the consumer prices in the US jumped at a pace never seen in three decades. This speedy inflation has spread throughout the US economy, putting the new administration under pressure.

That will increase the chances of the Federal Reserve raising interest rates.

According to the Bureau of Labor Statistics report on Wednesday, the consumer price index rose by 6.2%, a sharp increase from 5.4% in September. Never before has the index jumped this fast since 1990.

The price gains accelerated monthly at a rate of 0.9% amid broad-based spikes throughout various sectors. Between August and September, the rate was 0.4%.

The reason for this spike was the rise in costs of energy, food, shelter, used cars and vehicles. In September, the energy index rose by 4.8%, while the gasoline index was 6.1%, and annually these sectors were up 30% and 60% respectively.

Joe Biden, the President of the United States, blamed the rising energy costs as the primary reason and the driver of the inflation.

In his statement, he asked the NEC to seek means to reduce the costs. He also asked the FTC to strike at market manipulation and price gouging in the energy sector.

He also entreated Congress to pass his $1.75tn spending bill, which he states is prepared by experts and will reduce the pressures of inflation. The opposition claims that such huge spending will only make matters worse.

Joe Manchin, the Democratic senator, said that this inflation is getting worse and is affecting every sector of life. He is at the centre of congressional negotiations over this bill.

The fallout of high energy prices can be felt in the food sector as the prices jumped up by 0.9% in just a month. Even if one excludes the price performance of food and energy, similar spikes can be seen in other areas too.

The short-dated government bond yields, which are sensitive to the actions in the monetary policies, surged after the report was published. It is based on the expectations that the central bank may lift rates next year.

According to the senior Fed officials, these imbalances are temporary and will recover after the global supply chain crisis and labour markets adjust as these effects are just transitory and will fade. But Wednesday’s report proved otherwise.

More and more data show that it is more persistent than expected. What makes the matter even harder is that the Fed has declared its plan to scale back the $120bn-a-month asset purchase program this month.

Analysts say it will rise and soar at 6% for the coming months.

This October, only airfares and the price of alcohol were saved from the spike, while the rest is facing a steady rise in prices.

Author - January 15, 2022
0
TVS Motor Company partners with the popular food delivery platform, Swiggy to use electric scooters for the deliveries.   The...