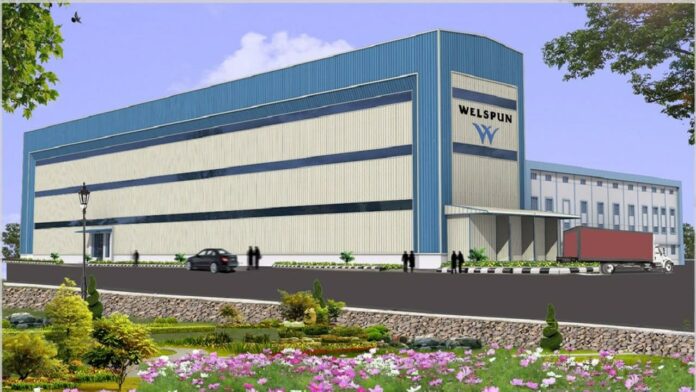 Welspun India has announced an investment of 6.57 Billion rupees to meet its overseas demand by magnifying its manufacturing volumes.

Welspun Group is the fastest growing Corporate Group of India with diversified lines of business in Line pipes, Home Textile Products, Infrastructure, Warehousing, Steel, Oil and gas, Advanced Textiles and Flooring ideas. The company has a global presence in over 50 countries inclusive of an effective team of 26000 home textile manufacturers. The brand focuses on customer centricity, technology and innovations, collaborations and inclusive growth to create a sustainable future.

The business started its operations in the district of Palghar in 1985 with Welspun Winilon Mills. Later in 1991 i.e. six years later the brand went public by announcing its first IPO which lead to its becoming of Welspun India Limited. Welspun USA was announced as its fully-owned subsidiary of The Welspun Group. It is also awarded and recognised by Walmart, Loblaw’s, Tesco, Home Textiles Today, Myntra and Sainsbury’s. The digital partner is Tonic Worldwide.

Regarding the new investment, the brand will boost its manufacturing of towels at its Anjar Plant in the West of India by the rate of 20% to 102000 metric tonnes per annum exceeding its existing number of 85400 metric tonnes per annum. It will also increase its production of rugs by 80% at its Vapi Plant. The investments will continue through March 2023 and will start to accrue benefits from April 2022. The estimated revenue of the business after this investment will be 12 Billion rupees from the second year of its function, maintaining its debt of 24 Billion rupees for the fiscal year March 2022.

Welspun Flooring Limited, a subsidiary of the Welspun Group will furthermore invest 1.44 Billion rupees to increase the efficiency of its manufacturing plant in Telangana in Southern India. It will comprise 25 new megawatt renewable power plants.

“Keeping in mind the recent trends of customers focuses to track the entire value chain i.e., ‘Farm to Shelf’, the board has assented to an investment in 40 looms for towel fabric at Anjar plant which indicates a 7% of installed capacity,” said Welspun India in a late-night regulatory filing.

Welspun India stated that the brand has already invested Rs. 281 Cr. in Capex and the total investment during the fiscal year 2022 will be Rs. 750 Cr. including the investment for textiles and flooring lines.

Raksha Bandhan 2022 – to siblings, with love

Fittr Organises its First Ever ‘Insiders Club’ with an aim to...

Feast the classic cutting chai and culinary monsoon delights while it...