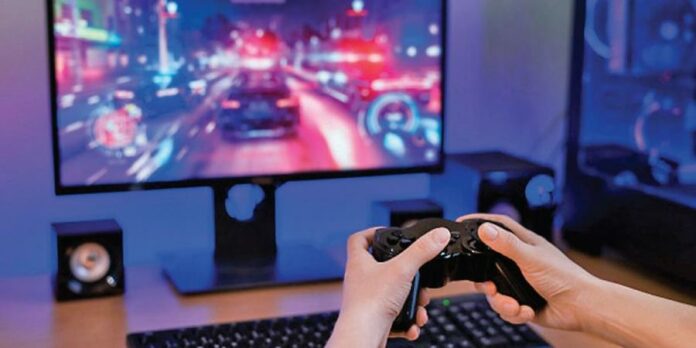 Microsoft purchased Activision Blizzard for $75bn. This move could overhaul the industry, with many speculating wild changes in the industry.

This deal, announced on Tuesday, will create a ripple effect in the industry. The games are a huge industry with its audience dwarfing other mass-medias. These audiences are the backbone of the industry.

Some analysts say the move will increase the size of an already large industry, while the CEO of Microsoft said that this acquisition was their first step towards metaverse.

Many consider the metaverse as the next evolutionary step of the internet.

Gaming is considered as one of the paths towards this new immersive world. As a result, the big tech companies have their interest in the gaming world. They could expand the gaming world to be the entrance of the metaverse.

As a result, anyone who enters the virtual world can do anything they do in real life in this virtual world. This would spark a big tech competition vying for control over the metaverse and the consumers.

The news even triggered new energy in the stock market. The share price of big video game publishers spiked on the speculation that this would force these companies to pursue bigger deals or take the path of Activision.

But this spike, was modest when compared to price declines most have experienced during the pandemic.

Many experts say that this move doesn’t represent a bigger upheaval ahead. Instead, this was just part of the competition between Microsoft’s Xbox and Sony’s PlayStation.

Even if they are correct, Microsoft’s move highlights the rising stakes in a business with $180bn as annual revenue in 2021. This is larger than the movie industry itself.

Activision’s games are one of the most popular in the industry, which is made available across different platforms. From advertisements to in-game purchases and subscriptions, the creators are finding new ways for revenue generation.

The expansion of games across multiple platforms itself boosts sales, and there is a steady increase in revenue from in-game transactions. This huge size has even prevented big tech companies from keeping pace with it.

Even though they haven’t produced games themselves, they have a presence in it. The app stores of Apple and Google are the main shops used by gamers to download their games. Amazon’s Twitch and Google’s YouTube declare their presence by game streaming.

When Facebook declared the change in name to Meta, they stole the pioneering step towards the metaverse. Microsoft seems to have levelled it by this acquisition.

This purchase for Microsoft is a sizable tuck in, with regulators to scrutinize it. If it is a success, then it would make them a sizable contributor to the field who have their own studio Xbox.

The present move is part of the traditional console war. But in future, it could lead to the metaverse with major big techs competing.

Passionate in Marketing - May 25, 2022
0
With the Truecaller Verified Business Caller ID solution, Apna  provides a safe and secure communication experience to its usersApna leverages Truecaller’s SDK...