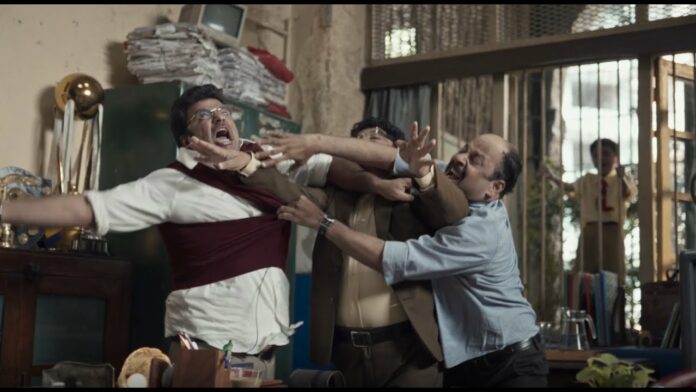 Sideways has launched a campaign to promote the introduction of its first IP, Diicii, a gaming engine developed in collaboration with Reliance Brands.

The clip, which was created by Sideways, tries to establish the company as the pinnacle of all board games. The film begins with a father-son combo visiting the principal.

The father expresses his dissatisfaction with his child’s exam results, claiming that he could not have received a zero on a scale of ten, and requests that the principal review his paper again.

The principal then pulls out a few dice and rolls them to see how much the pupil would have received. When the student’s chances are in his favor, his father becomes ecstatic.

However, the principal’s assistant rolls the identical dice again, this time in the student’s favor, demonstrating that Diicii has the ability to change anyone’s fate.

Manu Sharma, Reliance Brands‘ group vice president, stated, “One of the most fascinating initiatives we’ve been involved with is reimagining the classic ‘Dice.’

Nothing makes us prouder than the fact that Diicii was conceived in India and is currently being manufactured here, making it one of our major ‘Make in India’ endeavors to go global.”

“It’s been a thrilling experience to rethink a gaming engine that has been around for thousands of years,” said Abhijit Avasthi, creator of Sideways.

Dice and board games originated in India, and we are proud to add that they are being recreated there as well.

We believe the potential is enormous since the different play patterns that can arise from it open up a limitless number of options.

The gaming community is already buzzing with anticipation. Of course, because this is such a new concept, we’ll continue to improve and explore as we go.”

“Our design strategy is to take the disruptive route and layer fresh play patterns over classics that have endured the test of time,” said Krishan Jagota, product design lead at Sideways.

The Diicii ecosystem reimagines the role of dice in the twenty-first century while being inclusive, easy, and enjoyable. It serves as a springboard for a child’s inventiveness.

Thousands of new play patterns and games might be created with randomized illumination. Customers are encouraged to make their own games and share them with the community.”

“The challenges we faced while designing Diicii’s electronics were two-fold – we had to shrink the circuitry down while optimizing for a long battery life,” said Nalin Avasthi, Sideways’ technology lead.

We did both over the course of multiple prototypes, tweaks, and countless test rolls, and we’re quite proud of it.”

The campaign will be broadcast on television, over-the-top (OTT), and online, with a few influencer-led activities thrown in for good measure.

Vaishnavy A - November 25, 2021
0
The covid-19 pandemic has had an impact on all facets of an individual’s life, from personal activities to social interactions.