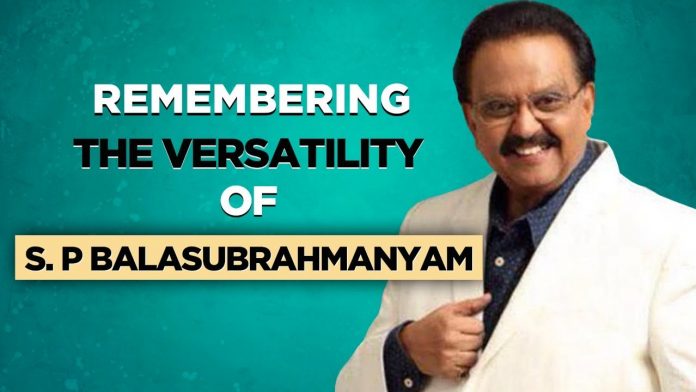 World Music Day is celebrated globally every year on 21 June. On this day we honor the great musicians and singers for the gift of music. It is also celebrated to emphasize the importance of music and it is beneficial to our mind and body.

A world without music has no meaning. More than 120 countries celebrate world music day. It is also celebrated for providing a platform for the youth and professional musicians to show their talents. Many music concerts and events will be organized on this day.

Remembering him on this day, Zee Telugu pay tribute to S.P Balasubramanyam Garu and paid a special homage. Many leading musicians’ P Sailaja, S P Charan, Music Director Mani Sharma, Mano, RP Patnaik, Singer Revanth, Sri Rama Chandra, Satya Yamini, and SRGMP contestants among others have joined this event. Also, serial artists and Tollywood have taken part in this program. The event brings out all the heartfelt moments where all the great musicians will talk about the S. P. Balasubramanyam garu the way he inspires and encourages.

He sang 40000 songs in 16 languages including Telugu, Tamil, Kannada, Malayalam, and Hindi. He won the Guinness World Record for recording the highest number of songs as a singer. Also, six national film awards as the best playback singer in 4 different languages like Hindi, Telugu, Tamil, and Kannada, and 25 Nandi awards for working in Telugu cinemas.

He received civilian awards from Padma Shri and Padma Bhushan. He inspired many youth and musicians. He had created some great platforms to encourage many talents.

With this great event, Zee Telugu bringing every family, friends, colleagues, and fans to be a part of this honorable event. Hope, S. P. Balasubyamanyam songs will bring hope and a positive outlook to everyone’s life. This event brings everyone closer to the music world.

Jesna Jexan - December 4, 2021
0
Hindustan Unilever Limited (HUL) has eliminated the utilization of coal altogether in its activities and replaced it with alternative fuels like biomass...