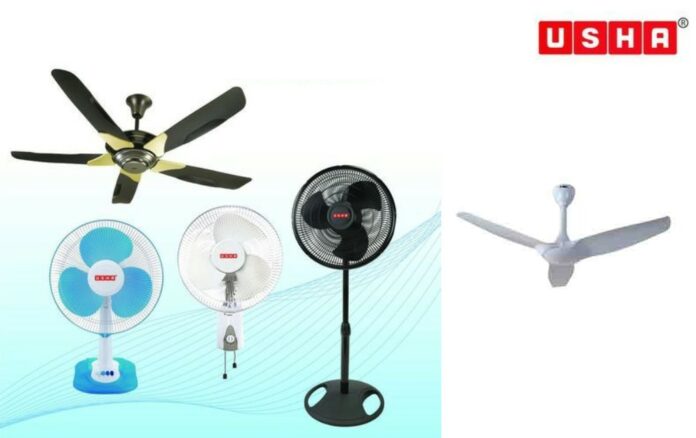 When it comes to consumer durables, Usha International Limited has become a household name. So many of us grew sitting under its fans, watching our grandmothers sew outfits on Usha’s black sewing machines, and depending on its grinders to prepare tasty meals.

With the launch of a new TV campaign for its Heleous line of ceiling fans, Usha International ushered in an “Air of Innovation.” Usha International plans to touch with new-age consumers all around the country who are looking to renovate their homes through the campaign.

The high-decibel campaign consists of 4 television advertisements that highlight innovative features such as aerodynamic ABS moulded blades and the BLDC Microchip+ Motor, and the product’s various colour variants. The TV campaign intends to boost connection and engagement with its Indian customers who wish to enhance their lifestyle by using cutting-edge technology.

The 15-second TV ads started airing on October 23rd on relevant high-impact shows including such regional entertainment and music channels, as well as key prime time news shows and morning time bands on leading Hindi, English, and regional news networks. Following the broadcast of the TV advertisement in the second week of November, the company will begin a month-long digital campaign across Facebook, Instagram, and YouTube.

The Helios range of fans, with its seamless integrated design and high-tech features, is the perfect balance of performance and elegance. They have such a 1220 mm sweep and are driven by a BLDC microchip+ motor for the energy market. 3D ABS moulded aerodynamic blades for smoother airflow, super high 260 m3/minute air delivery, 310 RPM speed, and whisper-quiet operation are among the other features.

The Usha Heleous also has bi-directional rotation, making it suited for all-weather use; it also comes with a unique point anywhere remote for ease of use. Sparkle Black, Sparkle White, Imperial Blue, Golden Yellow, and Horizon Blue are among the five different colours provided for this fan.

Lala Shriram created the company, which is based in Gurugram, in 1935. It has been able to establish a strong offline presence over time.

Usha International had previously intended to spend 50% more on marketing throughout the festive season. According to Saurabh Baishakhia, president of appliances, 30-35 per cent of their spends will be slanted towards the digital medium.