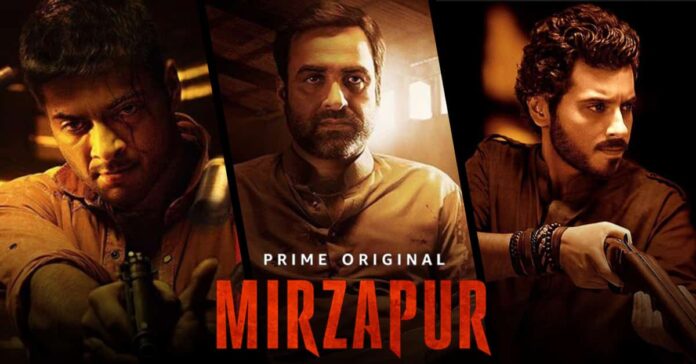 The Asian Academy Creative Prizes (AAA), Asia Pacific’s (APAC) most prestigious awards for creative excellence, were hosted in Singapore on the 2nd and 3rd of December 2021, and Amazon Original Mirzapur Season 2 took home the top prize.

The APAC Film and Television Awards recognise excellence in the film and television industry. Mirzapur is a blockbuster show that has received praise and love from fans and critics alike.

It is currently streaming on Amazon Prime Video, India’s most popular entertainment destination. Originals. Our content reflects our customers’ unique perspectives and gives a global platform for tales that are strongly steeped in local culture, making them more authentic, engaging, and immersive for global audiences.

Our win at the renowned Asian Academy Creative Awards, as we approach our fifth year in India, is proof that our continuous efforts to uncover and give a platform to the best stories, storytellers, and talent are paying off. I’d want to pay tribute to Brahma Mishra, who played Lalit in the show and tragically died last week.” “This award is a credit to him and the hard work he, his co-actors, and professionals put in to make the series what it is today,” Purohit concluded.

“It is a huge moment for every technician and talent from Mirzapur, a series that has become a household brand,” Puneet Krishna, Creator, remarked upon winning the award for Mirzapur Season 2.

The show’s realism and relatability distinguish it as a distinct and intriguing series that connects viewers on a deeper level. Thank you from the bottom of my heart to every actor and staff member who worked tirelessly behind the scenes to make Mirzapur such a fantastic viewing experience. Thank you for appreciating our efforts, Asian Academy Creative Awards. “We’d like to dedicate this honour to Brahma Mishra, one of the most outstanding artists with whom we’ve collaborated,” Puneet Krishna said, “and we just wish he could be here to share this moment with us.”

Prime Video’s position as the leading destination for intriguing tales and storytellers has been cemented by this triumph. As it celebrates five years of engaging Indians with its diverse, unique, and local content, it has not only become the most popular entertainment site but is also being recognised for its role in ushering in a new era of entertainment within the country’s creative sector.