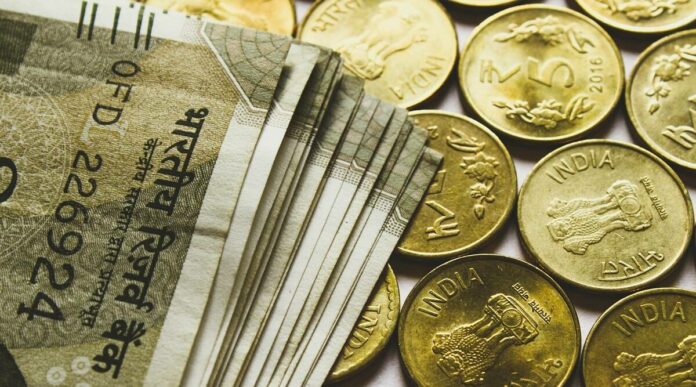 Most departments were told to keep spending in July-September to 20% of the As a result of spending cuts and increased tax and non-tax revenue collection, the Centre’s fiscal deficit in the first four months of the current fiscal year was just 21.3% of the full-year budget estimate (BE). This is the lowest deficit in 11 years.

In the April-July period of FY21, the fiscal deficit was 103.1 percent of the equivalent annual objective. Income receipts may exceed budget estimates and expenditures would be rationalized even though a relief package was announced in June at a cost estimated at around Rs 1.5 lakh crore. That’s what Finance Secretary TV Somanathan recently told FE.

BE, rather than the usual 25%. The Reserve Bank of India’s excess transfer of Rs 99,122 crore (for the last nine months of FY21), which was almost double the level government budgeted for, boosted the Centre’s non-tax receipts by 4.7 times to Rs 1.39 lakh crore in April-July of FY22.

In the first four months of FY22, non-tax collections were 57.6% of the FY22BE, compared to just 6.4 percent of the equivalent target attained in the pandemic-hit period a year ago.

Net tax receipts at the Centre increased 2.6 times year on year to Rs 5.29 lakh crore, or 32.2 percent of FY22BE, compared to only 12.4 percent of the same target set in the previous period.

In April-July of FY22, the Centre spent Rs 1.28 lakh crore on capital expenditure, or 23.2 percent of the objective, compared to 27.1 percent of the relevant target in the previous quarter.

“This is due to —growth in FY22 going positive after being negative in FY21, as well as increased inflation” (April-July 2021 WPI growth: 11.8 percent, April-July 2020 WPI growth: -1.8 percent). Sharp real GDP growth (primarily due to the low base of last year) and inflation tax boosted tax receipts in FY22, according to India Ratings chief economist DK Pant.

Satya Shreya Talatam - August 15, 2022
0
Forbes Asia published a list of the top 200 mid-sized companies in the Asia-Pacific region last week in its 2022 edition. These...