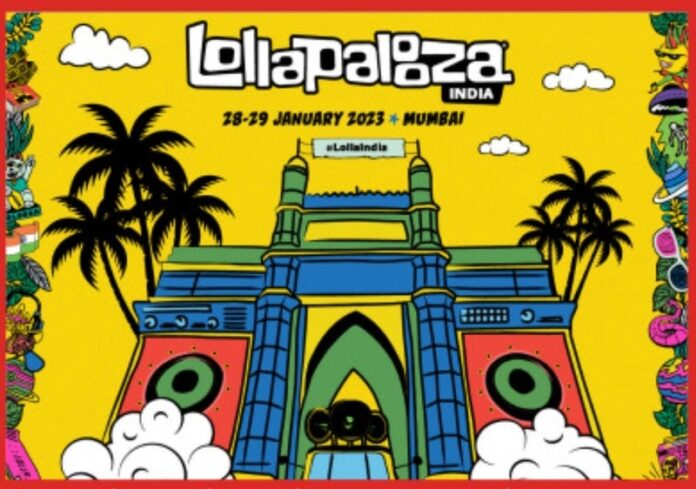 Finally, the suspense and long wait is over as BookMyShow, India’s leading entertainment destination, reveals its most colorful secret yet. Aiming to generate curiosity among the audience, create a touchpoint for audience engagement and drum up their interest before the official announcement of the festival in India, BookMyShow launched a curiosity-driven campaign that acted as a precursor to the entertainment company bringing one of the largest, most diverse, multi-genre music festivals ‘Lollapalooza ‘ to Mumbai, India, marking the debut of this iconic festival in Asia.

Lollapalooza India will be a two-day music extravaganza held in the heart of Mumbai on January 28-29, 2023. BookMyShow, India’s leading entertainment destination, will lead Lollapalooza India as the promoter and co-producer of the Indian edition of the festival along with global producers, Perry Farrell, WME and C3 presents.

Iconic music festival Lollapalooza is set to break new ground in what will be the festival’s eighth destination in Mumbai, India, bringing with it its brand of unique, diverse and exciting flavours from the world of music. With the inaugural, first-ever edition in Asia, Lollapalooza finally brings its multi-genre music experience to Indian shores with a world-class experience never seen before in the subcontinent.

With more than three decades of pioneering and putting alternative culture on the map, Lollapalooza is a force to be reckoned with among the premier music festivals celebrated by multiple generations of fans. Festival founder and Jane’s Addiction frontman Perry Farrell has always been ahead of his time, creating a sound for the alternative generation that came of age in the 90s. After much success in his early career, his band went on a short hiatus with a farewell festival tour in July 1991, which soon became the global iconic Lollapalooza platform destined to change the landscape of live music forever.

Passionate in Marketing - February 3, 2023
0
3rd February 2023: According to the World Travel and Tourism Council, international travel is at its peak level since the end of the...

Club Mahindra unveils ‘The Stage’ – a unique platform to enhance...

“Tech-Experts present a list of the key highlights for the budget...