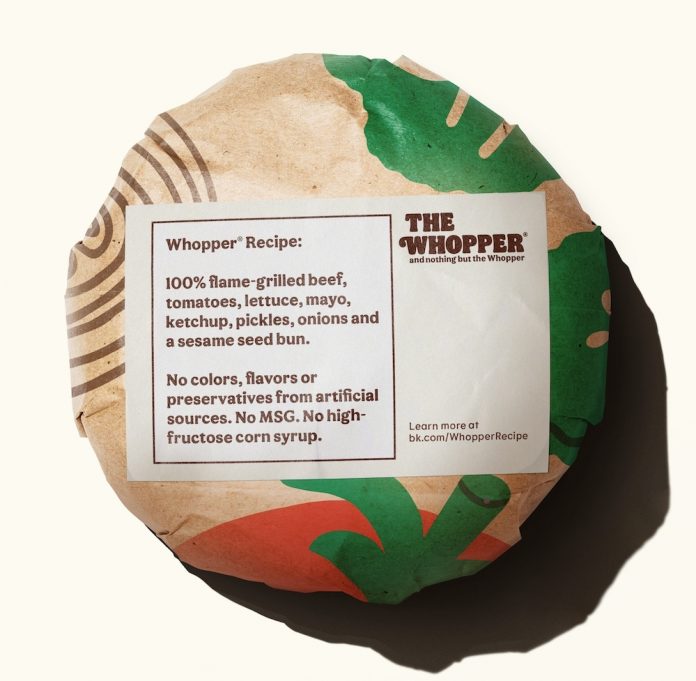 The American fast-food chain – Burger King, recently announced via a YouTube ad campaign that the company will no longer use artificial ingredients, flavors, and preservatives, for using which they have been criticized for long. Fernando Machado, the company’s chief marketing officer, said in the press release “At Burger King, we believe that real food tastes better, that’s why we are working hard to remove preservatives, colors, and flavors from artificial sources from the food we serve in all countries around the world.”

The YouTube ad showed a time-lapse of the famous Whopper from day 1 to 34, decomposing in and slowly getting covered in decay and looking all moldy on day 34. This “Moldy Whopper” ad received more than 1.7 million YouTube views at press time. The idea behind the ad was to show the true beauty of food without preservatives or chemicals. Since the new Whopper has no preservatives hence it decayed like all other natural products. The photographers and videographers also made sure there were no special effects or coloring added to make the burger look appealing in the commercial as the message which the restaurant chain wanted to convey via the ad was preservative/artificial ingredients free Whopper. Preservatives like – sodium benzoate, monosodium glutamate, polysorbate 80 to name a few have been removed from their signature hamburger in most European and US markets, to start.

Many other restaurants/ fast-food chains have now taken into account the quality of food they produce. Burger King’s rival –McDonald’s in the past five years has also been blamed for producing food that is not natural or does not decompose. In Iceland, a McDonald’s hamburger and fries are on display since 2009 when the last McDonald’s restaurant closed in the country. The burger and fries are still preserved and are mold-free till now indicating how the food items are full of artificial, harmful substances. Perhaps, this was the inspiration for the new Burger King ad. The company then made major changes and introduced natural ingredients like switching from frozen to fresh beef.

The trigger for all these changes is the change in consumer preferences. In recent years, America especially has been drawn to what a product lacks more than what it contains. This has led to positive changes like the whopper itself and some negative, absurd changes too, such as gluten-free water, cholesterol-free gummy bears and non-GMO orange juice, etc.