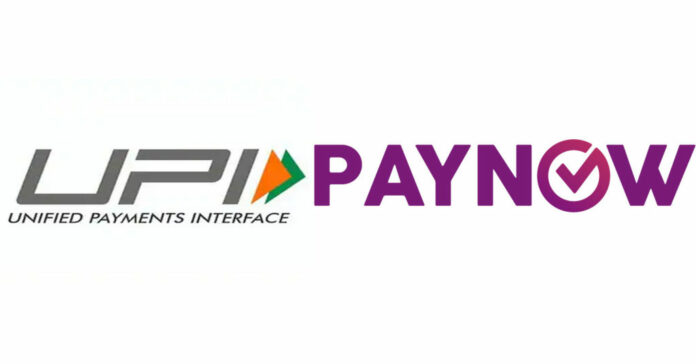 The Reserve Bank of India (RBI) said on Tuesday that it is collaborating with Singapore’s Monetary Authority on a project to link the Unified Payments Interface (UPI) with PayNow, the city-quick state’s payment system. By July 2022, the link is expected to be operational.

According to the Indian central bank, the linking will allow users of each payment system to perform reciprocal fast, low-cost financial transfers without having to join the other system.

RBI stated that“The UPI-PayNow linkage marks a significant milestone in the development of infrastructure for cross-border payments between India and Singapore, and aligns with the G20’s financial inclusion priorities for faster, cheaper and more transparent cross-border payments,”.

The link relies on previous initiatives by NPCI International (NIPL) and the Network for Electronic Transfers (NETS) to promote cross-border interoperability of payments between India and Singapore using cards and QR codes. According to the RBI, the connectivity will strengthen commerce, tourism, and remittance flows between the two countries.

The project is also aligned with the RBI’s initiative to revise inbound cross-border remittance routes and levies, detailed in its Payment Systems Vision Document 2019-21. The RBI noted in that document, which was released in May 2019, that the cost of remitting funds is increasingly becoming an important factor impacting the magnitude of remittances.

“High costs of remittances sent through formal channels may drive customers to informal channels, which are less secure and prone to abuse,” it stated in the document, adding that it will look into what role payment services providers may play in ensuring frictionless remittances at lower costs

India’s UPI is a mobile-based payment system that allows users to make payments from their bank accounts at any time, using a virtual payment address (VPA) that they construct. UPI processed over 3.5 billion transactions worth Rs 6.39 lakh crore in August.

PayNow is a Singaporean quick payment system that facilitates peer-to-peer cash transfers for retail clients via partner banks and non-bank financial organizations in the country. By using their cellphone number, Singapore NRIC, or VPA, users can deposit and receive funds instantly in Singapore from one bank or e-wallet account to another. According to the Association of Banks in Singapore, the platform had over 4.9 million users as of January 3.