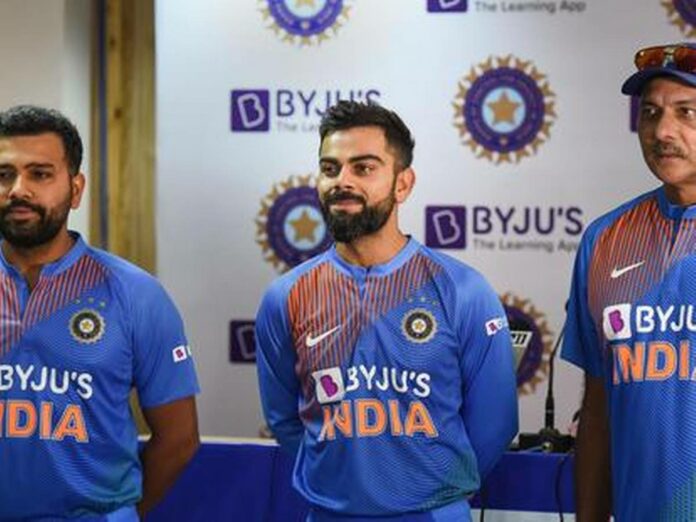 India’s cricket team jerseys will continue to bear the name of BYJU’S, one of the world’s largest tech businesses, as long as the Indian cricket team’s jerseys are worn. After its initial contract expired in March 2022, just in time for the commencement of the IPL 2022, it renewed its agreement with the BCCI for another 18 months (to the end of 2023). The expansion is expected to cost roughly US$ 55 million.

In 2019, the smartphone manufacturer intended to hand over the remainder of its contract as a sponsor of Team India after having served in that capacity for two and a half years. Because of this purpose-driven collaboration, sports sponsorship has been redefined, and new guidelines have been established for businesses to adhere to. The landscape of the country’s sports sector has been significantly altered due to the recent trend of modern technology companies purchasing significant sports properties.

It was a natural fit given the overlap between prime cricket-watching audiences and their target audience, and ITW Universe, a global sport, future media, and entertainment consulting firm, assisted BYJU’S and the BCCI in putting together what has now become one of the most recognisable partnerships in all of world sport. The just-concluded T20 International series between South Africa and India, which consisted of five matches, heralds the beginning of the new term.

ITW Mworx Co-Founder and CEO Nikhil Vyas described the collaboration as “He stated, “BYJU’S have had a wonderful first term regarding the publicity they’ve gotten. It is an iconic and most significant sporting property like no other.” 1.4 billion people worldwide represent a passionate fan base for a national team, and a global education organisation like BYJU’S knows the significance of partnering with a national team throughout the year. Their decision to extend their affiliation for another term has made me very happy. BYJU’S and Indian Cricket share a mutual love of cricket, making it an obvious fit for us.”

Bhairav Shanth, the co-founder of ITW Universe, said, “This was a unique and ground-breaking deal when it was announced, and the extension only vindicates our original assessment that a learning app and cricket have a lot in common both in terms of philosophy and as a strategic marketing opportunity.” A global relationship between BYJU’S and the International Cricket Council (ICC) was put together by ITW Universe earlier this year and will last until 2023.