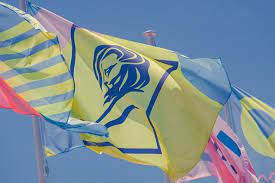 The agency captured silver in the digital craft for vice media’s ‘The 8th bit Journo’.

This category winner introduces a revolutionary method to continue spreading relevant news across Kashmir in the absence of the internet. The video emphasizes on Kashmir blackout, which took place in August 2019. The video goes through a different set of days and how the Kashmir people overcome the ignorance of information by launching a new method of media coverage.

A group of young minds tries to reconnect the people inside the territory in the period of blackout by providing them a new SMS news service. The data collected are converted into pixels art forms to reach out to more people.

The 8th journo comes up with a revolutionary step in the period of emergency and blackouts. The news is collected from various sources and filtered to convert it into pixel art. This SMS service is a simple form of a news application, the users only need to subscribe to it to receive up-to-date news.

The team protests and takes necessary steps to fight down the violation of certain constitutional principles that take place in J&K.they question the violation of fundamental rights of peoples thereby bringing them the news they have missed.

The category entertainment awarded Dentsu Webchutney for ‘The Worlds Most Reported Trailor’for for Trigger Happy Entertainment.

The video goes through different scenarios starting from the #metoo campaigns to black lives matter to point out, for every revolution, there is a starting point.it shows how and for what the trailer of the movie;’ Thappad’ carries the crown of the world’s most reported trailer.

The Cannes Lions Festival award for the category of entertainment draws attention to the movie Thappad and focuses on the relevance of the film in the current situation.