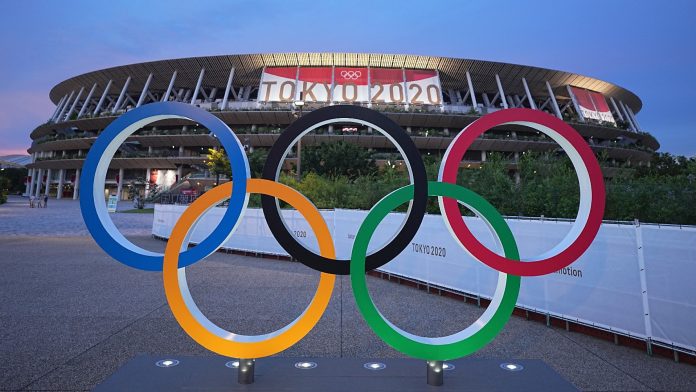 Over the period, cricket has been upfront in capturing advertisements. For a long time, the sports for advertisements were meant to be for cricket. And nonetheless, the platform is a great opportunity for grabbing the masses and for market penetration.

The momentum changes and the viewers’ do get shift their attention to other sports as well. Nowadays, we get to see several leading advertisers shifting their focus on advertising the products in different sports.

An inconspicuous cloud of the pandemic held the 2020 Tokyo Olympics to cancel and besides the unsettled Covid-19 scenario, tomorrow (July 23rd, 2021), the tournament will flags off.  The current situation has decelerated the scope of brands for capturing more markets and brand recognition.

For the biggest sporting event in the world, 228 participants will be representing India, with brands such as Amul, Nippon Paint, Herbalife Nutrition, Inox Group, JSW, Edelweiss, SRL Diagnostics, and many others to deliver the support system for the contestants. All the brands will be backing them by sealing an agreement with the Indian Olympics Association.

Sony Pictures Network (SPN), the official broadcaster of the Tokyo Olympics has signed up with brands including Coca-Cola, Amul, Hero Motocorp, Association of Mutual Funds in India, (AMFI), Visa, Byju’s, Lenovo, and many other national and international brands for the games.

“It is a healthy trend that many renowned brands have shifted their advertisements to other sports especially for the Tokyo Olympics. The world’s top sporting event with the biggest audience will open up a great opportunity for the brands that have associated with Tokyo Olympics. For the coming 16 days of the Olympics, the whole world’s attention will be on Tokyo,” Lloyd Mathias, Business Strategist, and Angel Investor said.

He further added, ‘Still, Indian Cricket will be the biggest basket for many national and international brands, but the trends don’t look good, many brands are looking for options and India’s top-notch performance on other sports like shooting, archery, boxing, and badminton, many stars are gaining stardom and nationwide attention. The emergence of sports personalities from divergent items will result in a shifted trend in advertisements for sure.’

The brand Amul has also stretched the support to Indian athletes for the Olympics and have already conducted several Digital Campaign addressing Tokyo Olympics. It has also announced the launching of an Ad – “Amul-Proud official Sponsor for the 2021 Indian Olympic Team”