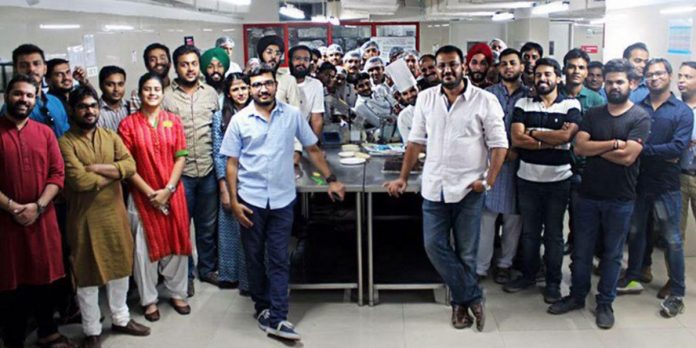 We have all witnessed the initial stages of many start-ups, all of them trying to make it big. It takes a lot to transform those dreams into reality. The correct investments, hitting short-term and long-term milestones, continuous performance all equally matters to a generated idea. That is where a start-up becomes a tangible reality.

Yumist, founded by Alok Jain and Abhimanyu Maheshwari in 2014, was among the many that aimed to serve home-cooked dishes through Zomato and Swiggy. So, what is Yumist? Yumist was established as a network of homemade meals for the general public who loves to experience the same. Targeting to cook homemade meals and deliver via Zomato and Swiggy, this Gurugram-based firm starts its rates from INR 100.

With every abstract ideation stands some practicalities that are involved, and money was the decisive factor here. The idea captivated a pretty good number of investors. The next stage was to execute the correct methods to move the plan ahead. Yumist partnered with Zomato and Swiggy well to deliver pocket-friendly homemade meals. lIn some regions, they even had a niche for themselves, but it would have taken more than just consistency to achieve that.

Yumist’s expansion was not as broad as the start-up would have hoped. It was only active in a handful of regions. All the operations, in Bangalore, were shut due to the unavailability of a kitchen in the city in May 2016. This was, then, followed by the inauguration of a kitchen in Delhi NCR as big as 12000sq ft. The start-up was still recovering from the losses due to the shutdown.

The non-existence of a dedicated kitchen for homemade preparation was the major setback and reason for Yumist’s profits. Hence, the operational charges heaped up, and the profits did not, so the company had to pull down the shutter on all operations in 2017.

The prime reason for the shutdown in 2017 was the lack of funds. Yes, investors were numerous, but the vigor was not as promising as the vision of the start-up. Yumist was generating funds, but not enough to maintain the operations.

The founders were optimistic that the condition of Yumist would gradually improve by June 2018, but they were piling up more and more losses, and this belief seemed more and more unrealistic with each passing day.

The final blow arrived in 2017 when Yumist had to finally shut all functions and dropped the vision they once started.