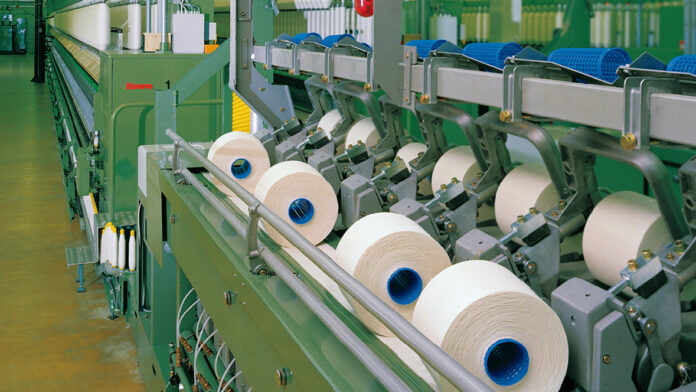 According to a top government official, the Textiles Ministry will use a “challenge approach” to choose states for the proposed Mega Investment Textiles Parks (MITRA) scheme, which will see seven parks built around the country. Textiles Secretary UP Singh said the scheme, which was introduced in the Union Budget 2021-22, is nearing completion. “We anticipate to receive (cabinet) approval on the MITRA programme in the next 15 days,” he told PTI.

He said that there are more takers for the programme because some states desire two or three parks, and that “we will select states using a challenge system.” Apart from 1,000 acres of land for one such park, the ministry will consider a number of factors, including adjacent raw material availability, various types of infrastructure, such as port, road, and rail access, water and power availability, and state incentives, among others.

States will have to apply for the programme, and “we’ll put out an expression of interest (EoI) or anything like that.” We’ll look for documents in a specific format and then evaluate them,” Singh explained. He also stated that a portal will be created for this purpose. “We need rivalry among states to exploit economic possibilities, and we shall see that competition in the MITRA scheme,” Textiles Minister Piyush Goyal recently declared. 6-7 textile parks must be completed. States will have to make enticing commitments for land, labour laws, infrastructure, and power.”

The MITRA initiative was presented by the government to help the textile industry become more globally competitive, attract significant investments, and increase employment and exports. The secretary stated that specific rules for the production linked (PLI) incentive plan for the textiles sector will be provided by September end.

On September 8, the Union Cabinet authorised a PLI programme for MMF (man-made fibre) and technological textiles worth Rs 10,683 crore, to be distributed to the industry over a five-year period.

“It’s a fund-limited plan. We anticipate that more people will volunteer for this, therefore we’ve established some requirements. “There will be a set of criteria for selecting organisations that would benefit from this scheme,” Singh explained. Companies that invest in aspirational districts and tier 3/4 towns, he said, would be given priority. Companies that will migrate to small cities, generate more jobs, and have stronger financial and technical capabilities would be given preference, he added.

“If we receive further applications over Rs 10,683 crore in the next two months, we would select them based on this criteria,” Singh added.