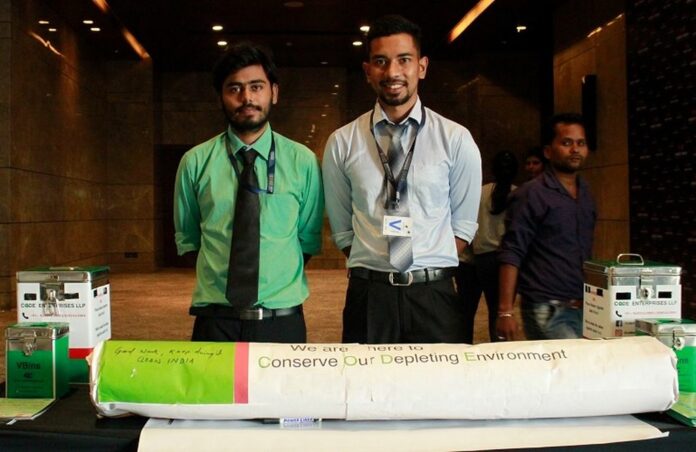 Smoking is harmful to one’s health! This is, without a doubt, one of the most well-known social programs encouraging people to quit smoking all around the world. What about cigarette waste, though? Naman Gupta figured out the enigma of cigarette butts, which are one of the most common types of plastic waste on our planet, four years ago.

“My pals smoked during my undergraduate years, and I saw that they stubbed out their cigarettes in public areas, in random ashtrays or garbage bins. I, therefore, attempted to learn more about cigarette waste and its environmental impact “According to Gupta, a Delhi University alumnus.

According to the 28-year-old, cigarette butts take about 12 years to degrade because the filter is made up of 95% plastic (cellulose acetate). “It was a watershed moment in my life. I was devastated that no one had ever spoken about the world’s most serious man-made pollutant ”

Gupta then called his older brother, engineer Vipul Gupta, to discover an environmentally appropriate way to dispose of cigarette butts.

The two brothers founded Code Effort, a private company that upcycles cigarette butts, on September 25, 2018. “My brother, who is a scientist, assisted with the infrastructure, machines, and chemicals,” says the author.

According to Gupta, India has roughly 250 million adult smokers who smoke 2-3 cigarettes each day on average. In India, 100 billion cigarettes (10,000 crores) are consumed each year, resulting in 26,454 tonnes of garbage.

Additionally, the company allows individuals to participate in this program, and environmental organizations can collect cigarette waste and send it to the company in Noida voluntarily. “We pay external vendors a minimum of 500 to a maximum of 800 per kg for cigarette waste,” Gupta explained.